Gwendolyn: “Wow! Is this kitty wonderland really for me?”

Another problem is the kittens are always climbing the walls to get in high places. I am planning on putting shelves near the ceiling for them to play on, but I had the same problem of what to put in the room they could climb to get onto the shelves instead of climbing the walls.

All the parts. Silver beating up on a toilet paper roll. That’s a story for another post.

The instructions had me assemble the cat houses first.

Marble went straight for a higher platform and started playing with her tail on it. 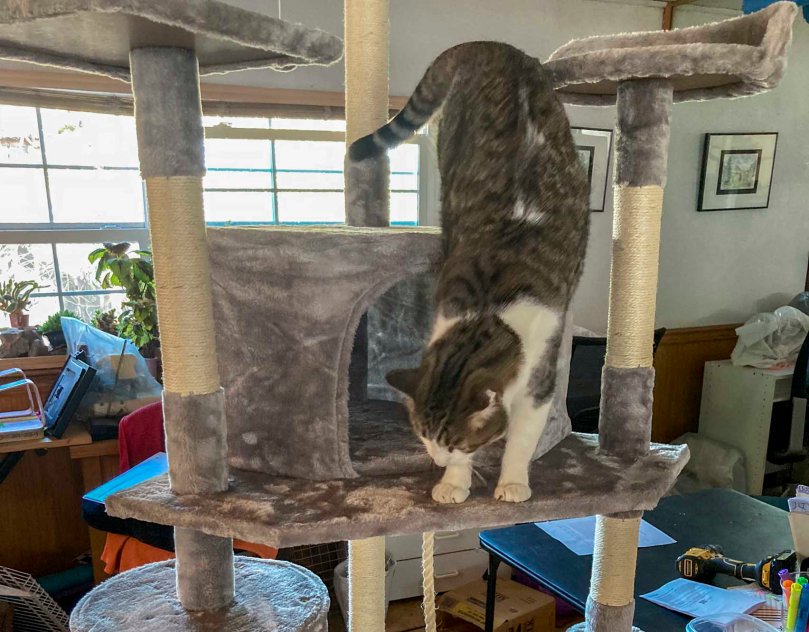 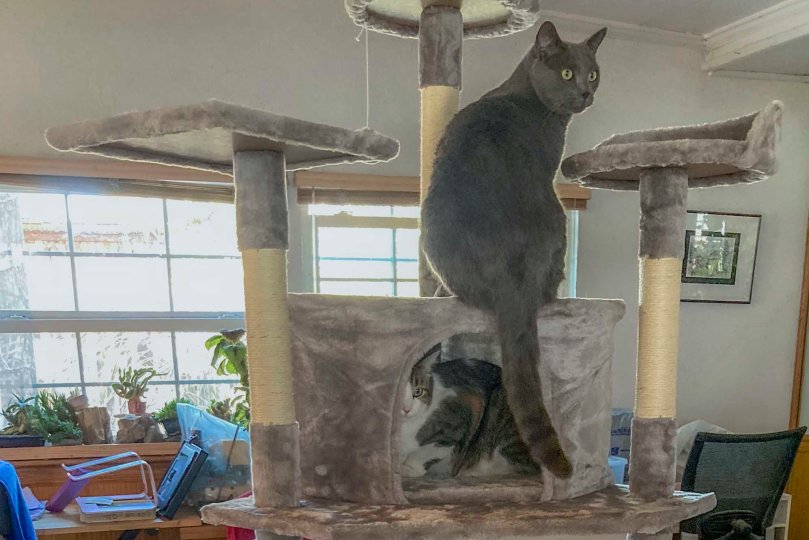 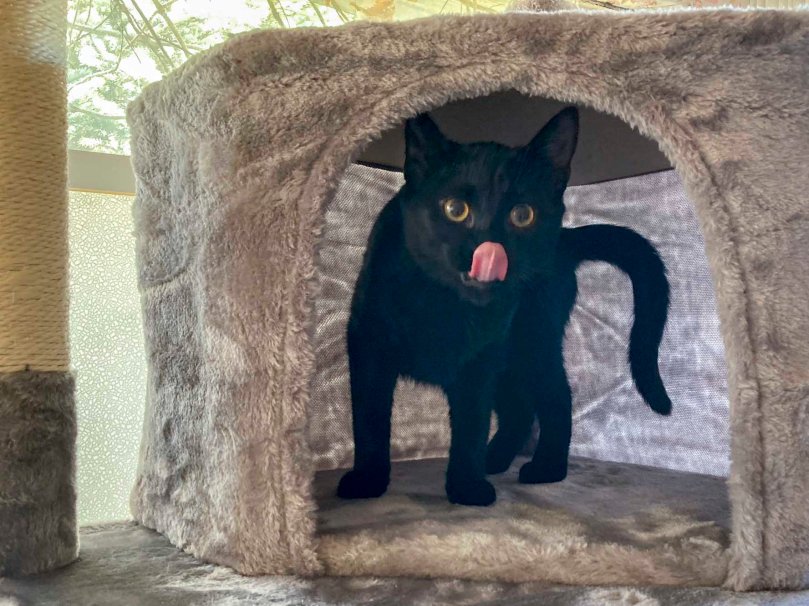 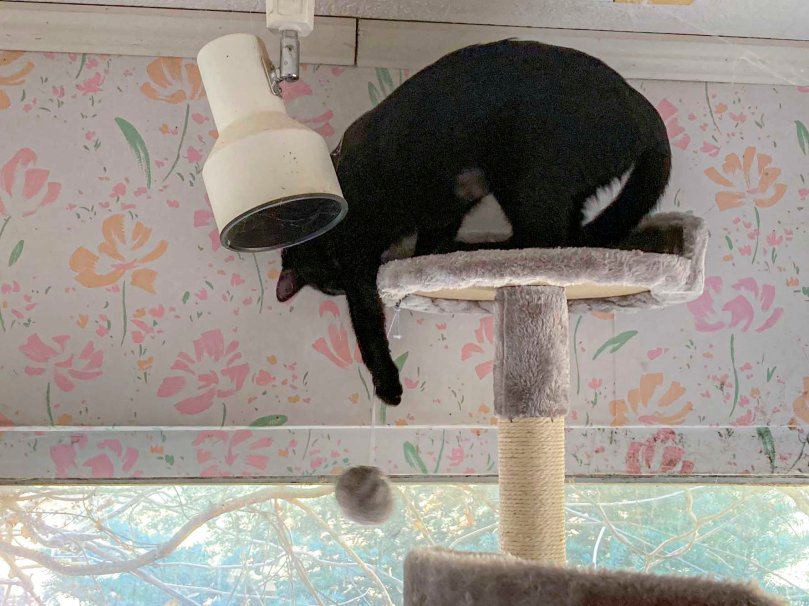 The Kittens on the structure in its place in the bedroom. It replaced my nightstand.

The big kitties’ play structure in its corner of the dance room.

79 thoughts on “Putting in a Kitty Wonderland”

Join 3,598 other followers
Follow Off Center & Not Even on WordPress.com