What to do on a cloudy, wet, windy, cold spring day? Work on music in my cosy darkroom/music studio, go for a walk out to the river in the rain, capture the above photo, and finish an improv for this post. I created “In a Vacuum Improv” by playing the rhythm guitar and a bass line over a recording I made of a vacuum pump the Iceman used to suck moisture out of the refrigeration system when he repaired our floral refrigerator. The pump made such interesting sounds and rhythms, I simply had to record it. I added a couple of percussion tracks, and played the lead guitar to finish it out. I say it’s an Improve, because I only played the lead guitar once through. 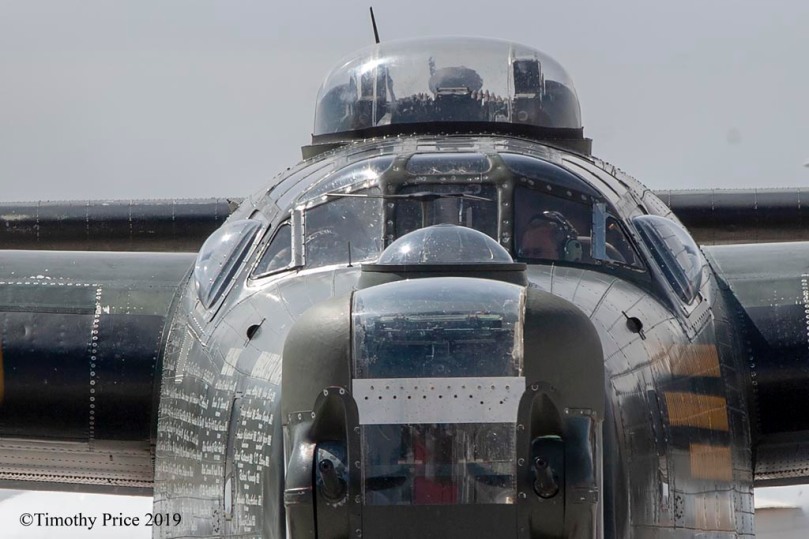 The B-24 Liberator was used heavily in WWII. It was a fast, long rang bomber that carried a heavy bomb load. Airman considered it difficult to fly, and preferred the B-17 Flying Fortress; however, the powers that were during WWII liked the B-24, and commissioned around 18,500 of them over a five year period between 1940 and 1945. Whereas, only 12,731 B-17s were produced over a nine year period between 1936 and 1945.

This B-24, named “Witchcraft”, was flown by the 467th Bomb Group in WWII, which flew a record 130 combat missions during the war.

Despite so many B-24s being produced, Witchcraft is the only B-24 in the world that still flies. It has been fully restored, and is kept in flying condition by the Collings Foundation of Stowe, MA. 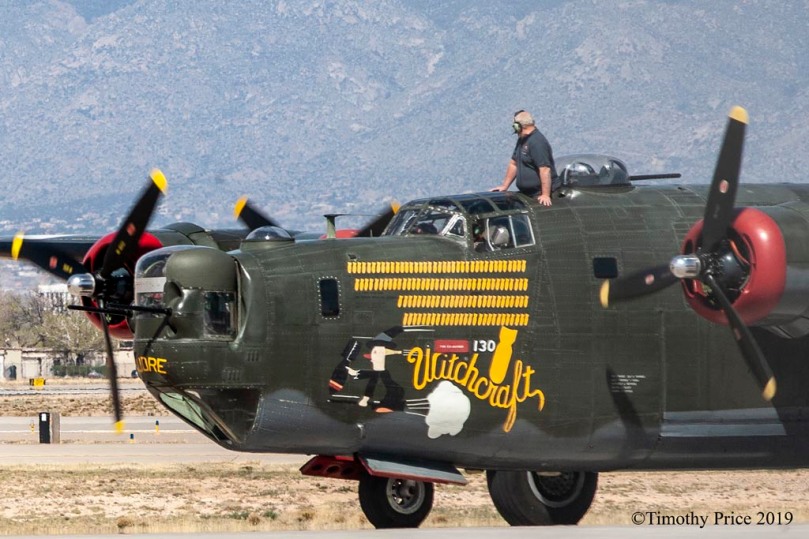 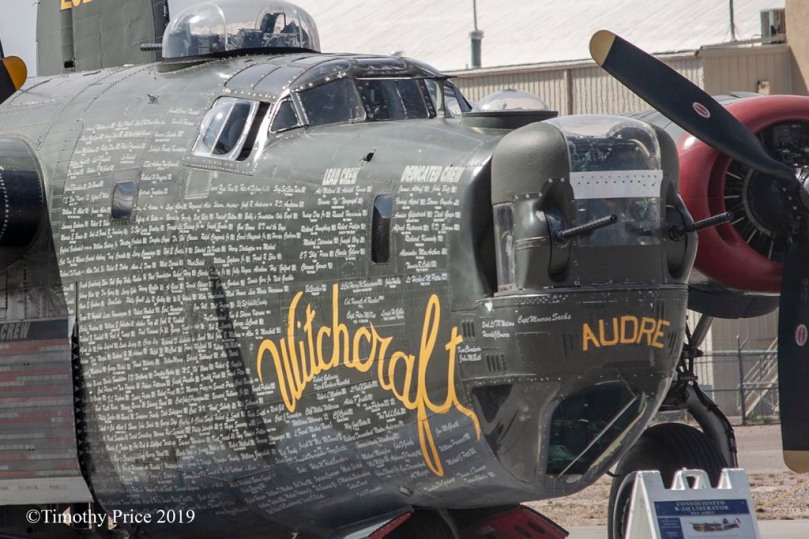 I didn’t think Great Horned Owls used the same nesting spot two years in a row, but this pair of owls proved me wrong.

The P-51 Mustang, originally designed for the RAF during WWII, is a long-range, fast flying fighter designed to pursue and overtake enemy aircraft.

A couple we often see in the bosque, told me they had just discovered the nesting place of a pair of owls last night. When I got to the nesting area a few minutes later, there were two owls to be seen — a larger owl in a cottonwood, and another, smaller owl, in an elm tree next to the cottonwood.  The larger female was out taking a break, I presumed.  She was hooting up a storm on her perch in the cottonwood. The smaller owl was perched on a limb, a silent sentry, very alert, guarding the area.   The sun had been down for fifteen minutes or so, forcing me to bump up my ISO to 3200 to get a somewhat sensible shutter speed. As I was photographing the owls, a chorus of coyotes started howling from the undergrowth all around where I was standing beneath the owls. The scene became surreal as I was standing in a small clearing, darkness falling all around, the owl hooting from above, and coyotes yipping and howling in surround sound. 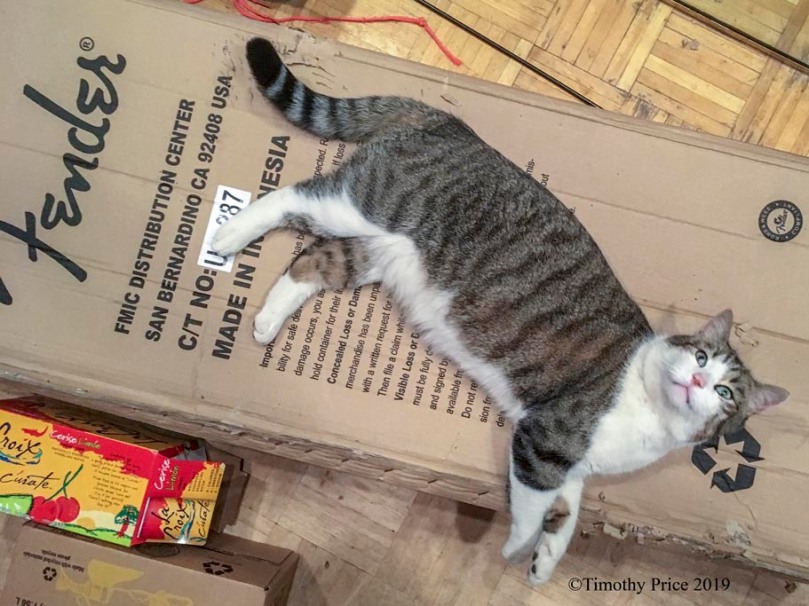 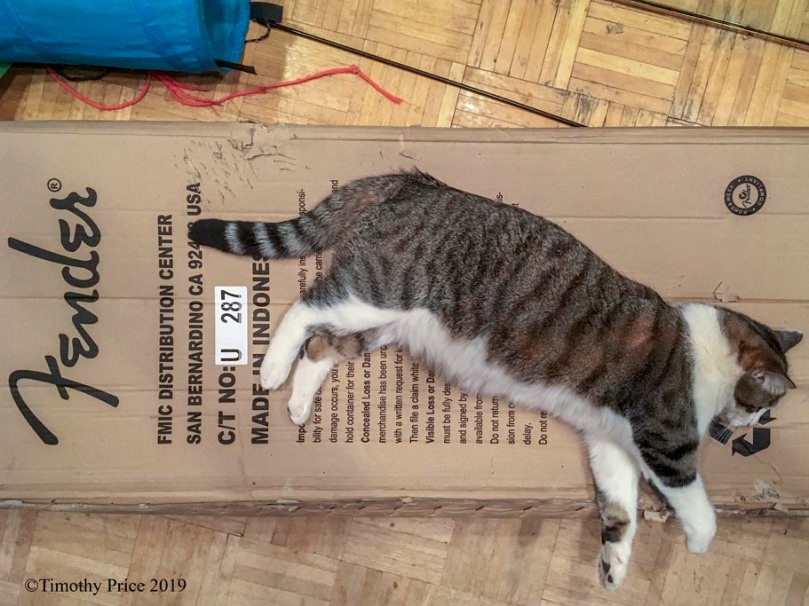 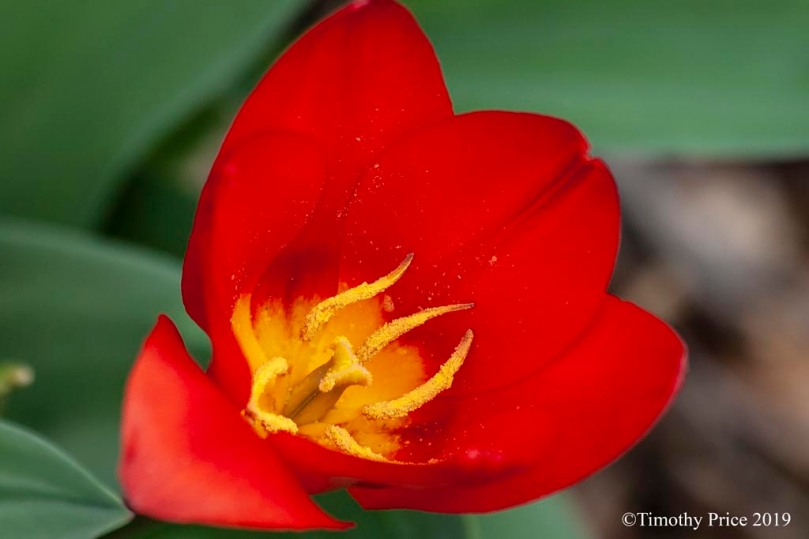 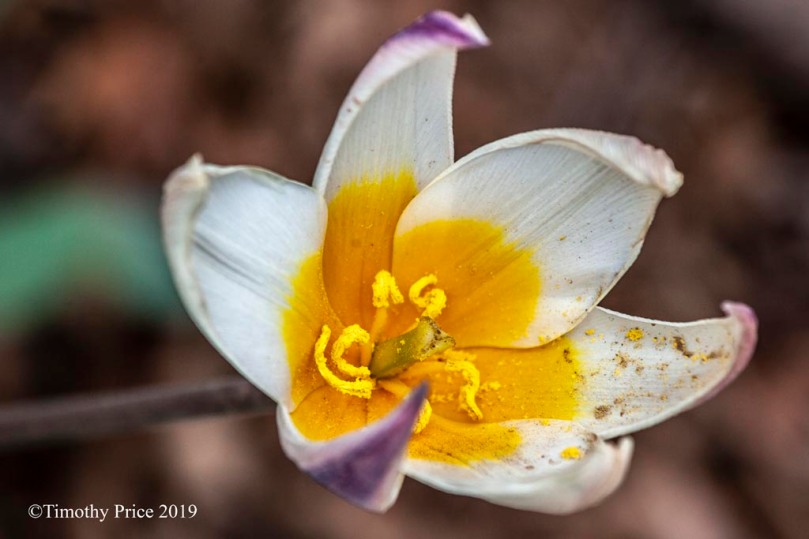 This tiny spider was hanging on in the wind at the area we call “the beach” along the Rio Grande. Other than parts of her web glistening in the sunshine as they were whipped by the wind, the spider didn’t seem to have anything to hold on to.