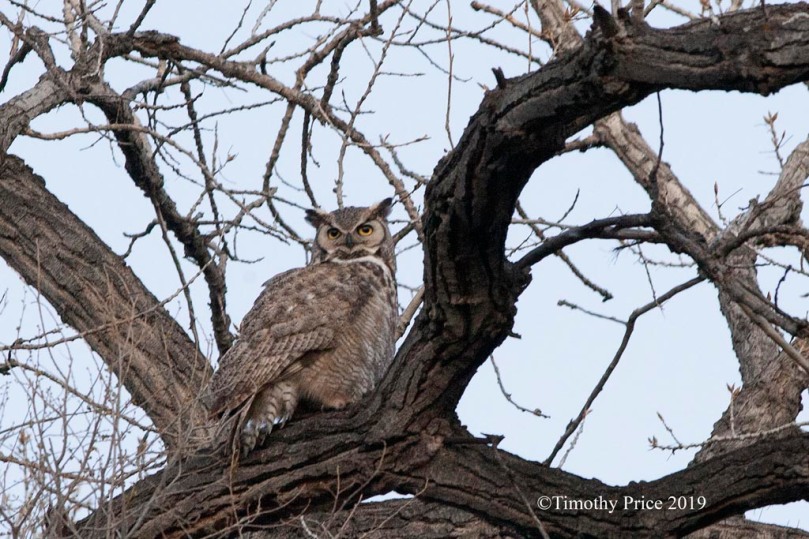 A couple we often see in the bosque, told me they had just discovered the nesting place of a pair of owls last night. When I got to the nesting area a few minutes later, there were two owls to be seen — a larger owl in a cottonwood, and another, smaller owl, in an elm tree next to the cottonwood.  The larger female was out taking a break, I presumed.  She was hooting up a storm on her perch in the cottonwood. The smaller owl was perched on a limb, a silent sentry, very alert, guarding the area.   The sun had been down for fifteen minutes or so, forcing me to bump up my ISO to 3200 to get a somewhat sensible shutter speed. As I was photographing the owls, a chorus of coyotes started howling from the undergrowth all around where I was standing beneath the owls. The scene became surreal as I was standing in a small clearing, darkness falling all around, the owl hooting from above, and coyotes yipping and howling in surround sound.