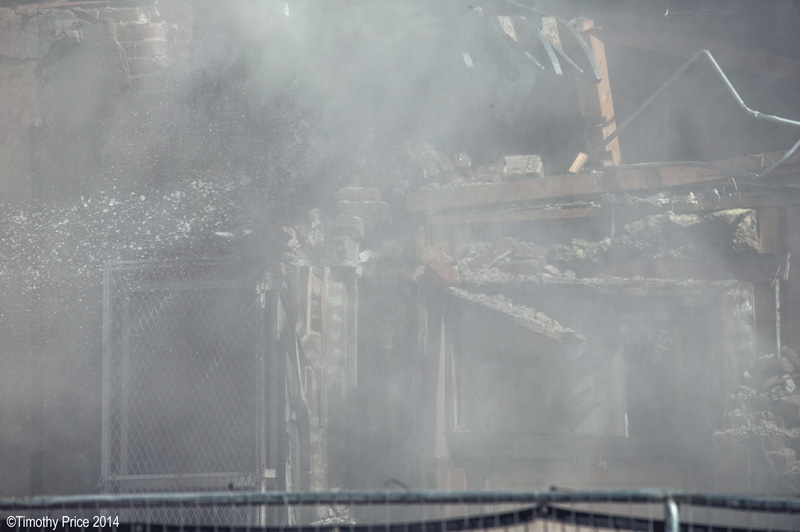 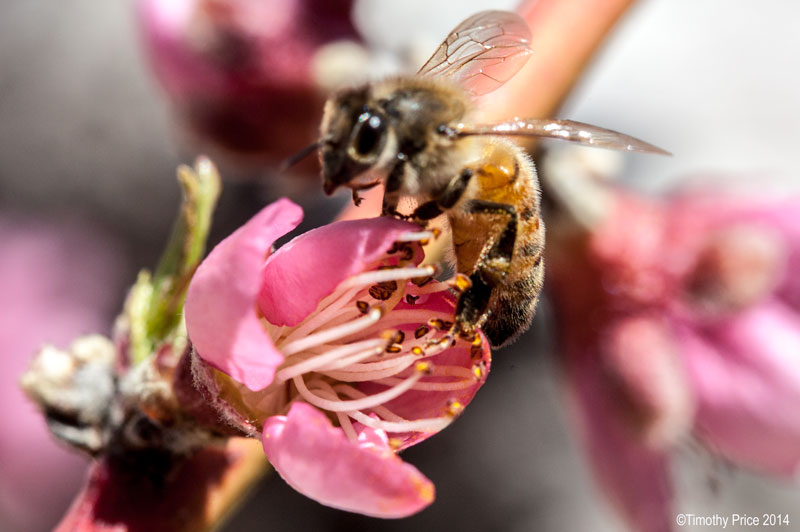 I followed a honey bee around with my macro lens as it made its way through the peach blossoms. 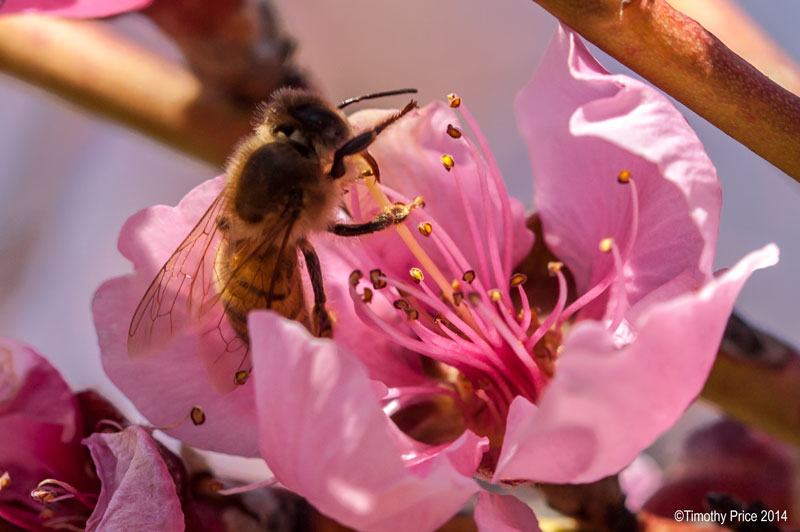 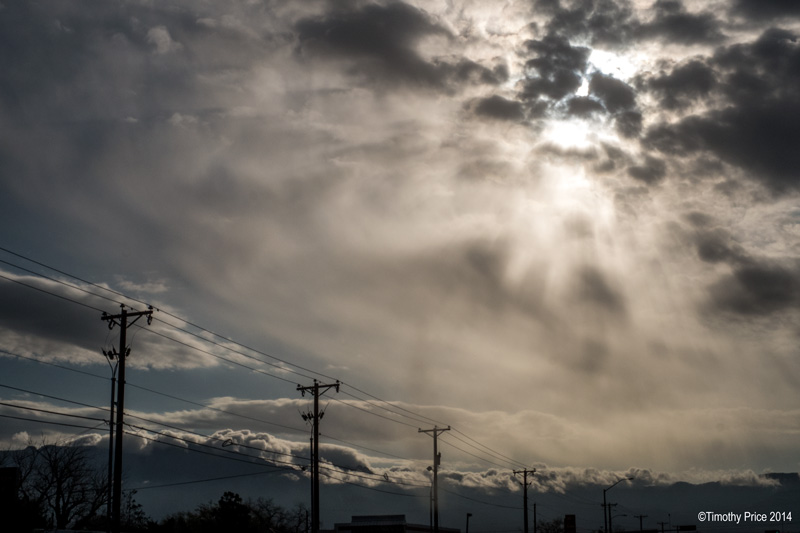 Does a sky photographed using a digital camera become an iSky?

This truck is so Burqueño —  not only is it “not eeeven”, it doesn’t have a license plate, and the bumper stickers are perfect: “UFOs are REAL The Air Force doesn’t exist” and “We all live in a watershed”. I have to admit that Laurie and I do live in a watershed, and our watershed is around 10 feet below the riverbed. 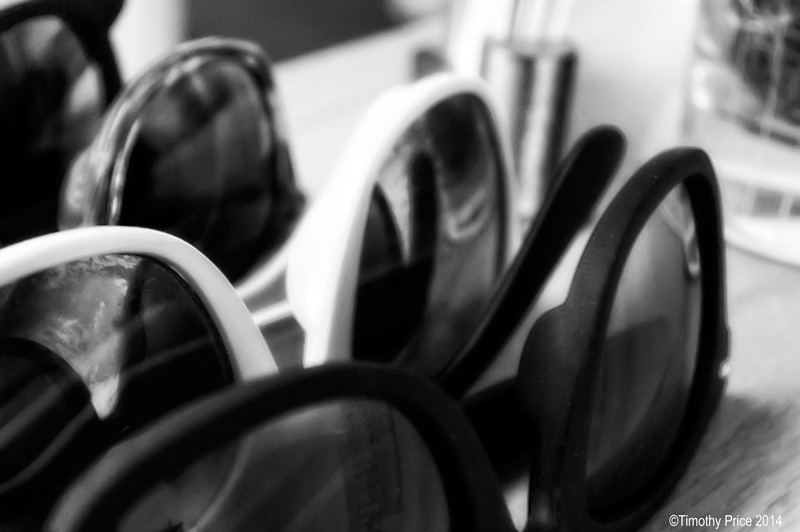 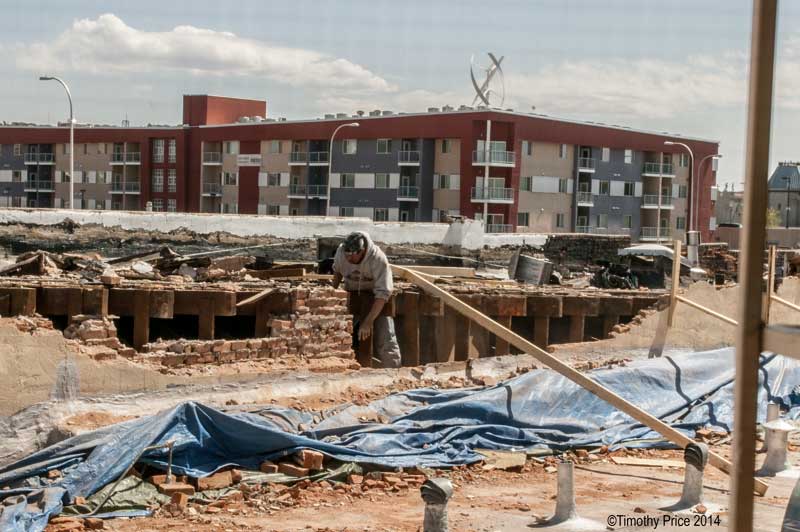 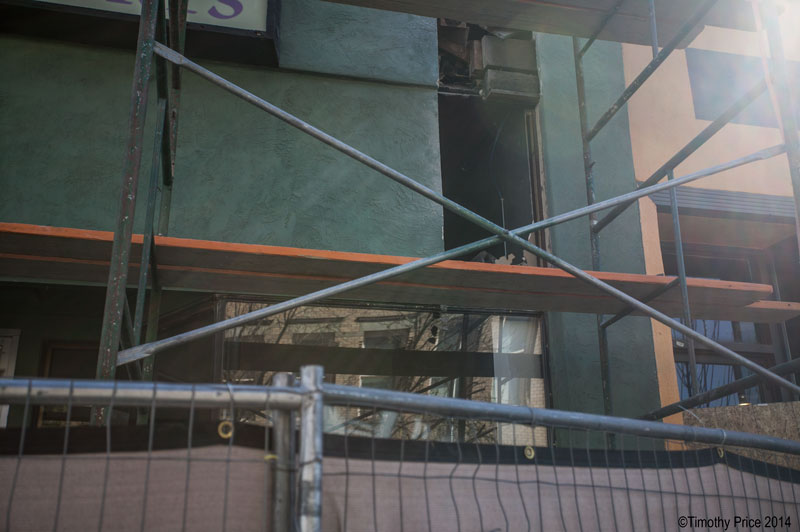 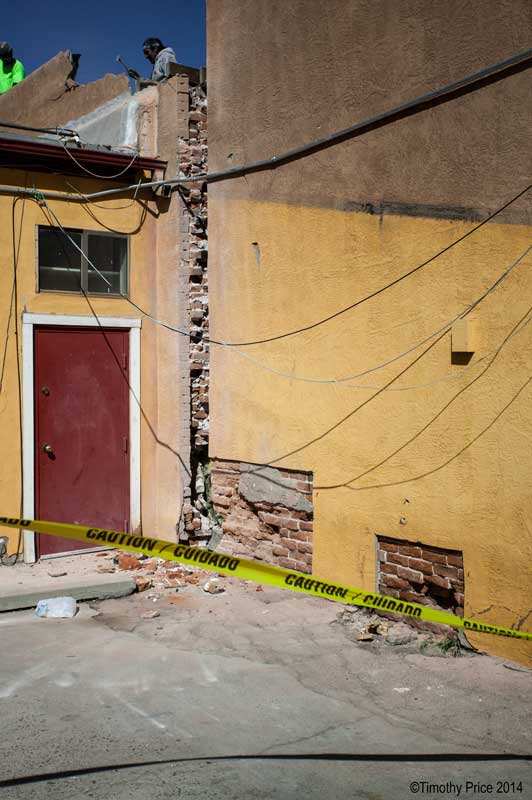 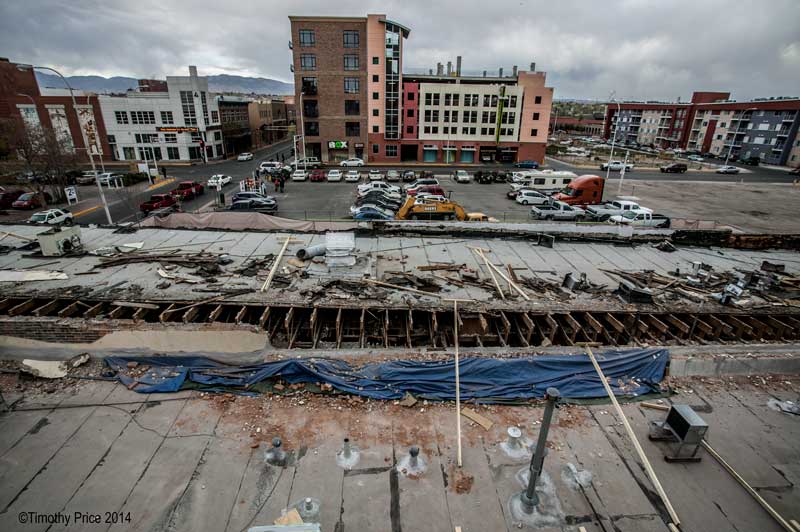 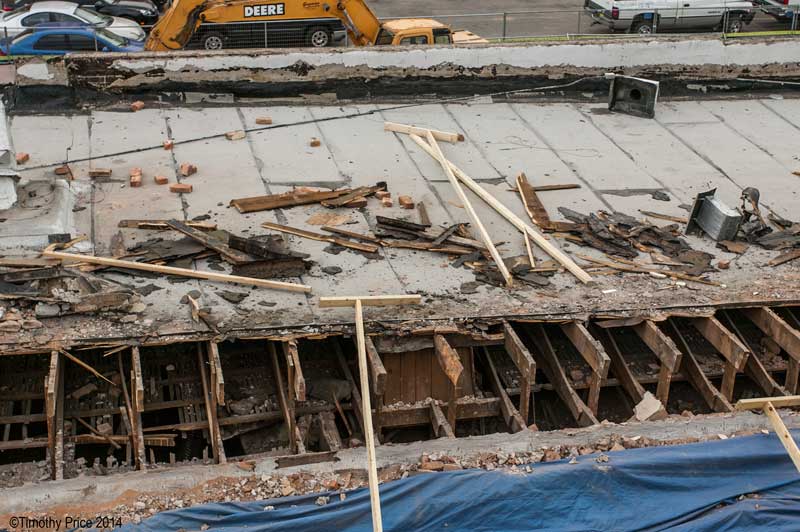 Espresso Fino opened at 222 Gold Ave, SW in Downtown Albuquerque right next door to our office. Owned and operated by Greg with his lovely daughter Nina, and handsome son Pablo (not pictured), Espresso Fino offers fine espresso coffee using organic beans. The shop has a brand new Nouva Simonelli 4 group Aurelia II espresso maker that is as bright and shiny as a fine mirror. They also offer pastries from Le Café Miche (two doors down on the corner of 3rd and Gold), breakfast burritos, and they will soon offer goodies from the New Mexico Pie Company.

Greg is former furniture craftsman from Taos, New Mexico, who has operated two other coffee shops in Taos over the past six years. Now that Greg and his family are offering their espresso making skills on Gold Street, be sure to stop in and try out their coffee. 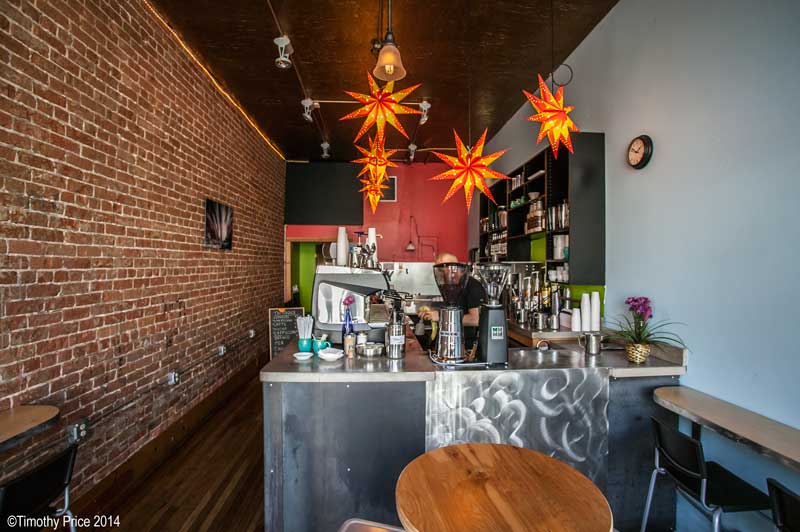 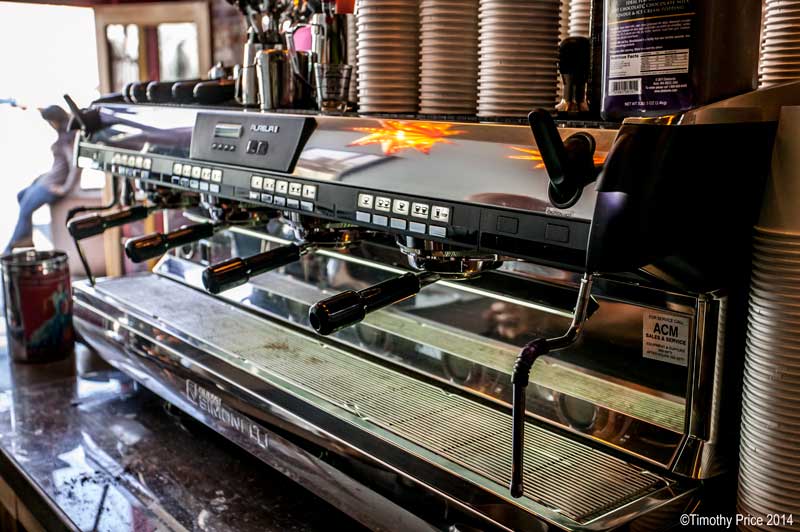 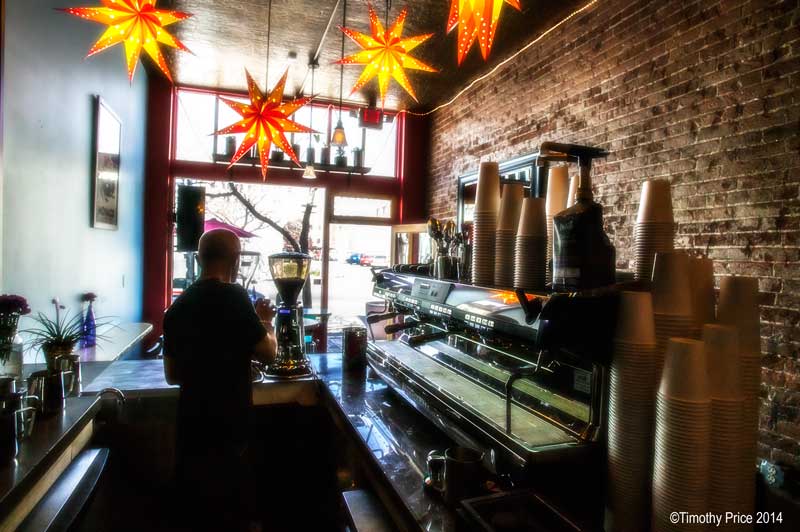 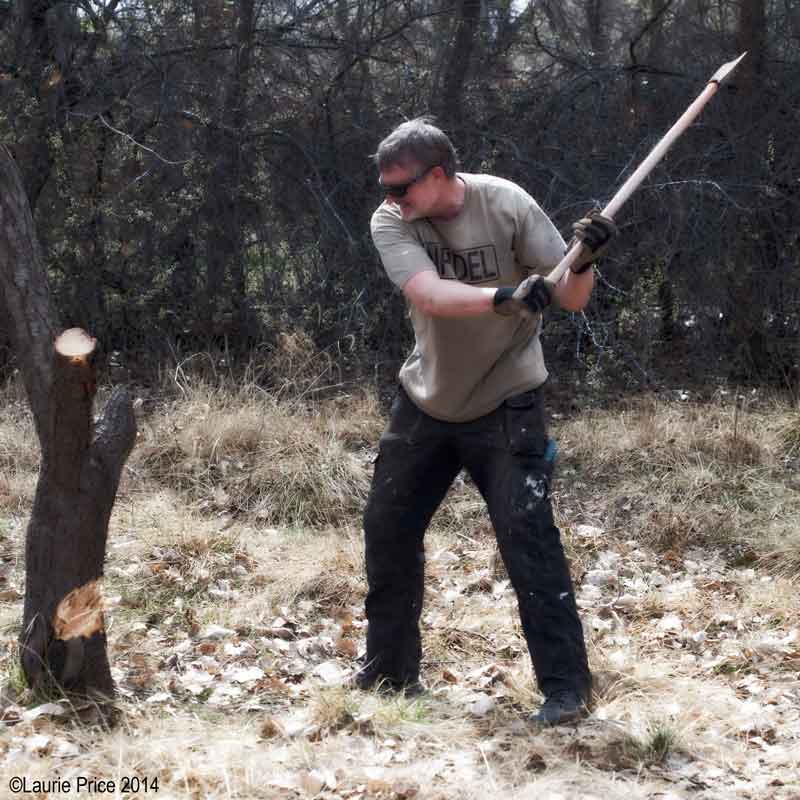 Since we are having branches that have been piling up around the property for the past couple of years chipped, I finally got around to cutting down an old, diseased peach tree that we are not going to irrigate this season because of water restrictions. I was going to cut down the tree with a chainsaw, but the chain come off sawing on the first branch. Since it’s a real pain to put the chain back on the chainsaw, I got a bow saw and discovered I could saw through the branches very quickly, and had the tree cut down by hand in 30 minutes — not much longer than it would have taken me to put the chain back on the chainsaw once I gathered up all the tools and got the chain back on and adjusted properly. Whenever I cut down trees, I can’t help thinking about Monty Python’s “Lumberjack Song.”

Laurie put the finishing touches on the catio, including trying to clean the calcium carbonate from water seeping out of the swamp cooler over the years. She was really cute scraping on the glass. The last photo shows the finished catio. The large box leaning against the bonsai shelves has my darkroom sink in it.

We watched the movie “Broken Circle Breakdown” the other night. It’s a very good movie, filmed in the Netherlands, with fantastic blue grass music. The movie is sad and melodramatic, but we were drawn in by the characters as the story went back and forth between past and present. Herman recommended the movie on his Hands On Bowie blog.

A sink I ordered for my up-and-coming darkroom came in on Friday, earlier than I expected. After my run to the dump in the morning, Laurie and I headed down to the office in the truck to pick up  the sink which was in a very large 7 foot by 36 inch by 12 inch box. Then we were going to drop by Tristan’s house and pick up some stuff she wants to get rid of. The truck was running rough like it normally does, but as we got near the office it started acting like it was vapor locking — almost dying and then it would start running again. I left the truck idling, ran in and got the box, threw it in the bed of the truck, and then we decided to just try and get back home. We made it to 4th Street and Griegos, where a car that was two cars in front of us at the light died. A couple of kids got out and pushed the car out of the street into the bank parking lot on the corner. Then our truck died in the same spot the other car had died, and the kids helped us push the truck into the bank parking lot next to their mom’s car.

We called Laurie’s mom and she drove their van down to pick us up. We transferred the sink to the van, and got it home. After we got the sink unloaded, I grabbed some tools, and Laurie and I drove back in her car where I performed some basic troubling-shooting on the truck. I discovered the fuel pump I had replaced a year ago had quit working. I called for a tow truck, and he took our truck to a shop where I asked the mechanics to figure out all the things that are wrong with it besides the fuel pump.

Even with all the frustration of getting stranded, three good things came out of our adventure: 1) I got my new darkroom sink home. 2) After we got home, Laurie sent her mom home with cake and cookies that she served to their house guest. 3) We didn’t total the truck* and maybe we’ll finally get it in decent running condition so we can sell it.

*Last August we had a car adventure that left us stranded in the middle of nowhere. Luckily we had cell phone coverage and got the car towed to the dealer for repair — but then my insurance company ruled the car a total loss.

I took a load of junk to the dump this morning and got drive by’s on the way home. The second photo is seagulls foraging through the trash after a bulldozer mixed it up. I couldn’t get close enough to get really clear shots of the seagulls, but they really are seagulls in the high desert, not just trash blowing around. 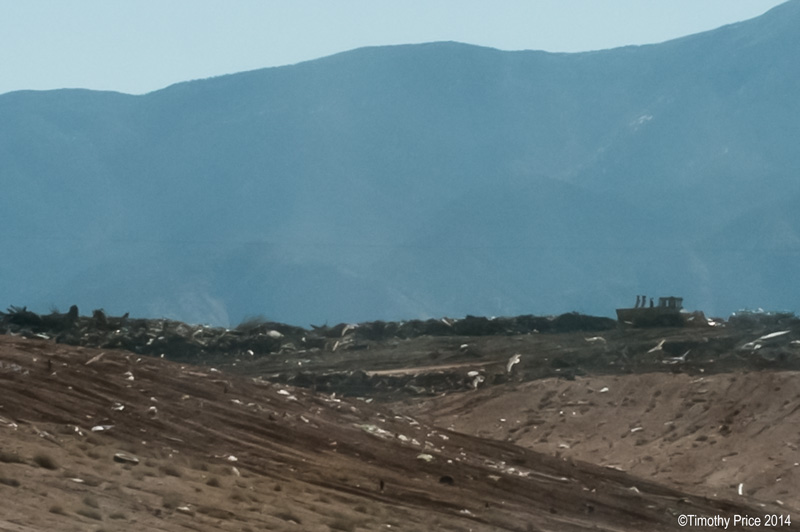 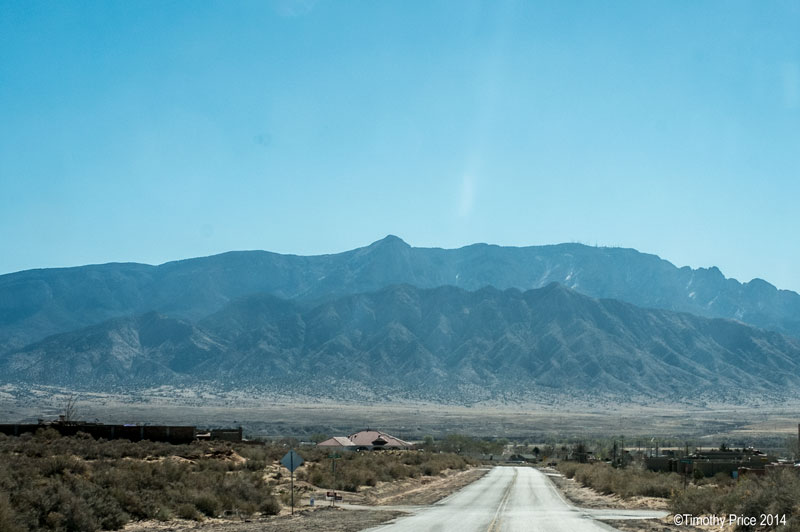 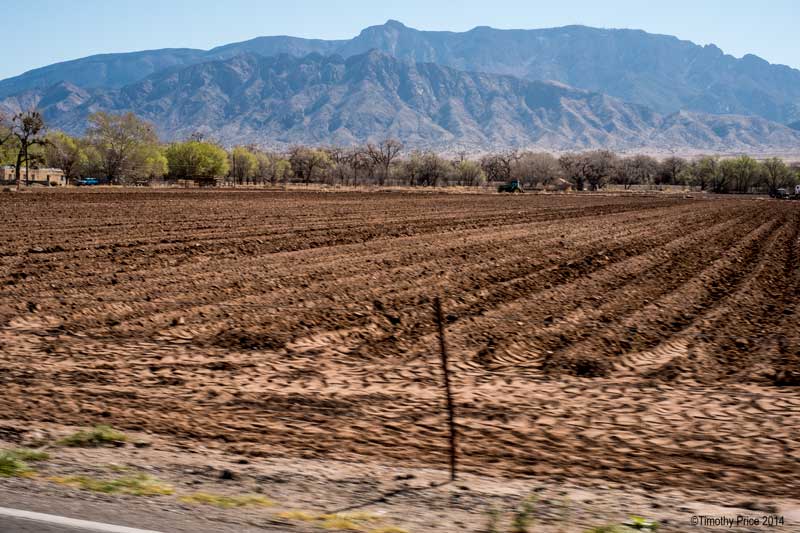 Join 3,771 other subscribers
Follow Off Center & Not Even on WordPress.com