A lot happened in 2014, but the most significant for my photography was finishing my darkroom, and going back to developing film and printing the negatives. While doing a photo a day for this blog still demands a lot of time with digital cameras and processing, I’m rediscovering the challenges and excitement of film again: loading sheet film holders in the darkroom,  taking a bunch of equipment out into the field, setting up the camera, taking multiple readings off a handheld light meter and then deciding on a good f/stop / shutter speed combination for the situation, composing the scene upside-down and turned left to right, setting the f/stop and shutter speed as per the light meter readings, cocking the shutter, inserting the sheet film holder into the camera, pulling the dark slide, tripping the shutter, turning the dark slide so the black label shows, inserting the dark slide back into the sheet film holder and removing the sheet film holder from the camera — one negative exposed.

Once the negatives dry, they can be printed. For photographers who have never worked in a darkroom and think that what is on the negative gets printed full-frame, without manipulation, think again. There is almost always  some cropping of the image, and then there is often a lot of manipulation in the printing process starting with the exposure and f/stop combo, dodging, burning and somethings using contrast filters on the enlarger; then there is the type of developer used, time in the solution and use of toners in the final processing to get the print to come out the way I want it to.

In many ways film is more exacting that digital, but at the same time film can be quite forgiving. The lead photograph is a good example. It was bitter cold and windy when I took the photo. I forgot to turn the dark slide to the black label indicating the negative had been exposed, because I moved a 1/2 mile to the north and by chance grabbed the same film holder and took a second exposure on the same negative. I noticed I seemed to be missing a photograph from the series of photos I had taken that morning after I developed the negatives, and finally realized what had happen from the ghost of the jetty on the lower left side of the print and the tree limbs in the upper right. Even though I was a 1/2 mile north for the second exposure, the Sandias and clouds registered close enough that they don’t look there were two exposures from two different locations. However, if you know the two areas, you can see some dark bushes that don’t belong in the foreground, the Rio Grande mixes in with the green houses and bosque in the middle ground, there are some double images of the Sandias on the left and right side of the print, and the white haze above the clouds are ghosts of the clouds from he second exposure.. Otherwise, the scene looks normal — another magical moment and mystery with film. 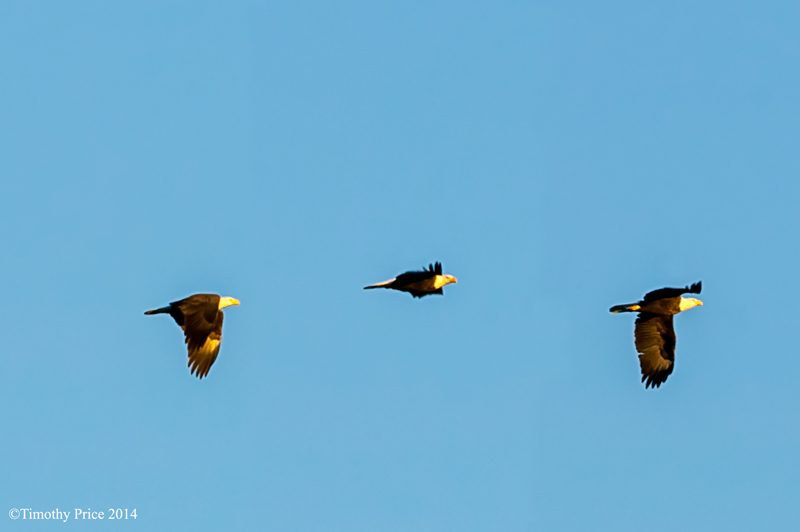 I went out for a walk along the Rio Grande just before sundown. A Bald Eagle was flying home along the far bank of the river, almost out of reach of my 70-200 mm zoom lens at 200 mm. The Sandhill Cranes were flying in for the night looking like bombers in formation as they flew overhead. As I made my way back home through the bosque, a lone crow sat on top of a branch watching the last bit of pink before it faded into the gray dusk. 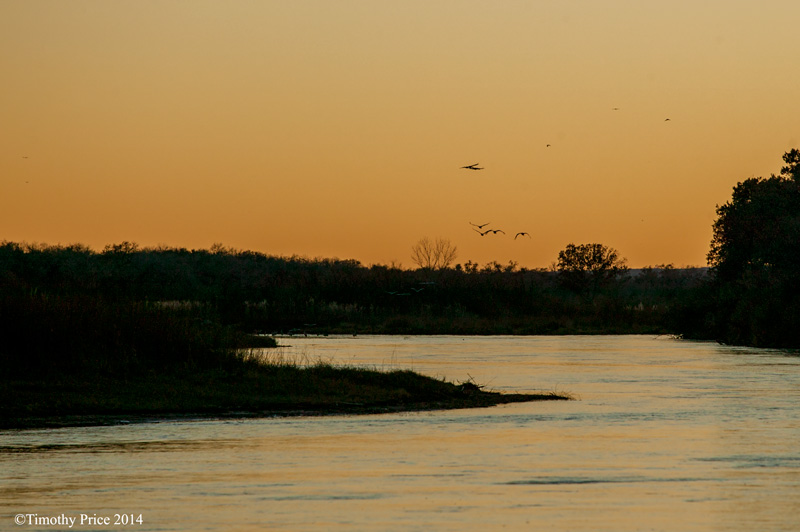 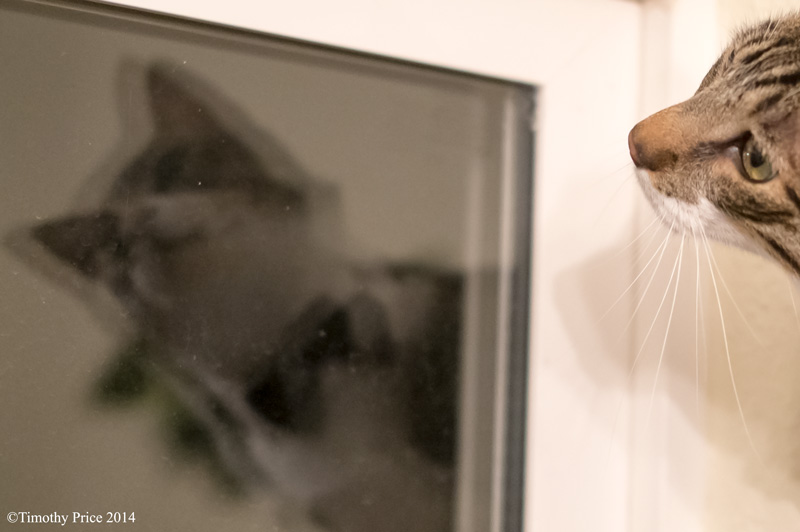 I think this holiday season has gone to the cats. Tesla was the butler for the party at Lane’s house last night. He donned his bowtie and made sure we were well taken care of with plenty of kitty antics. 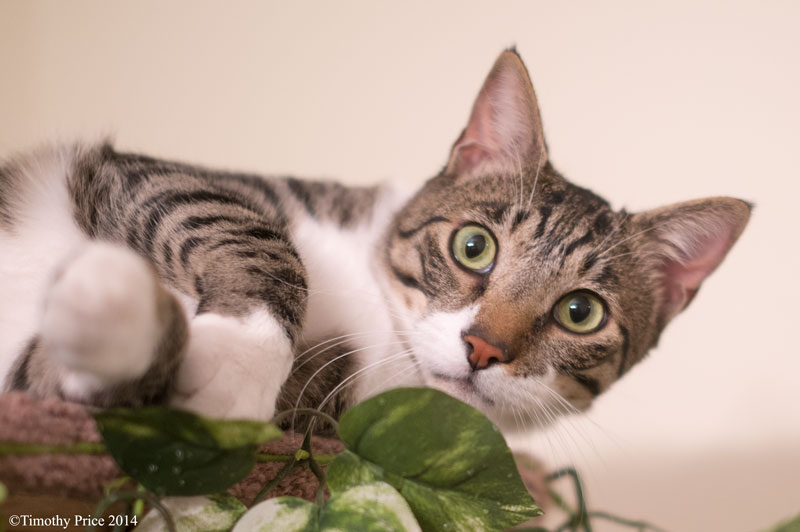 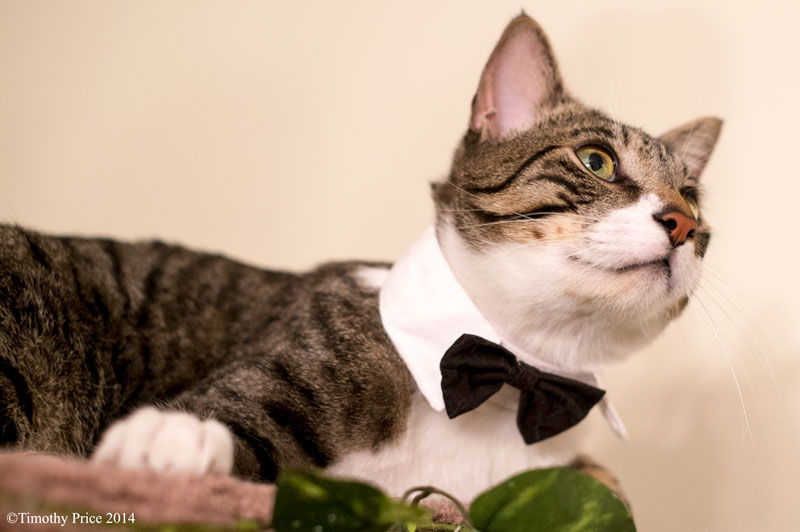 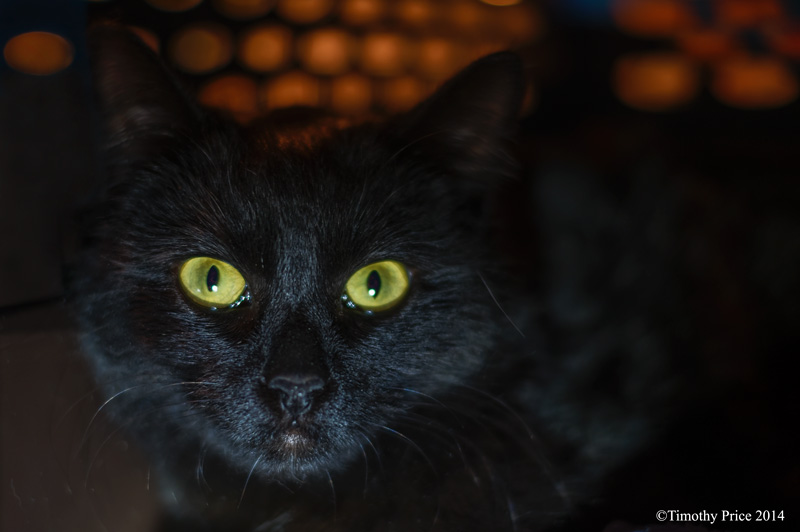 While I assume most of our staff were out having a great time on the first day of winter break (we close the office for the week between Christmas and New Year’s), I rebuilt the desk in Andy’s office so I could make it standing height (lead photo).

Old buildings are full of surprises. Two weeks ago, a wet spot developed under Andy’s desk. At first he thought someone had spilled water on the carpet at the holiday party, but when the wet spot grew and soaked the carpet under his desk, it was obviously not a spill.

I pulled everything on the floor out of the office, pulled out the desk I had built-in the office several years ago, and pulled up the carpet to expose the slab. The building owners had the slab torn up and they found an uncapped floor drain under the slab that had backed up and the water eventually worked its way up through the slab and soaked the carpet. They capped the drain, replaced the wet dirt with dry fill, poured new concrete, and replaced the pad under the carpet. We left the carpet to dry for a week, got it cleaned, and then I spent yesterday rebuilding the desk so it could be raised to standing height.

I have now raised six desks at the office to standing height, as staff members want to vary between sitting on a stool or drafting chair and standing while they work. Since I had built-in most of the desks at the office between 2004 and 2008, raising the desks requires taking the desktops out, raising the frames, and reinstalling the desktops. The “L” shaped desktops are relativity easy, but the “U” shaped desktops require a certain amount of rebuilding before they can be raised to standing height (in a former life I was a cabinet and furniture maker and I also worked in construction). The last two photos show the two “U” shaped desks I raised a couple of months ago.  These two were complex projects because of the shape of the desks, and the height differences between the staff members who occupy them. 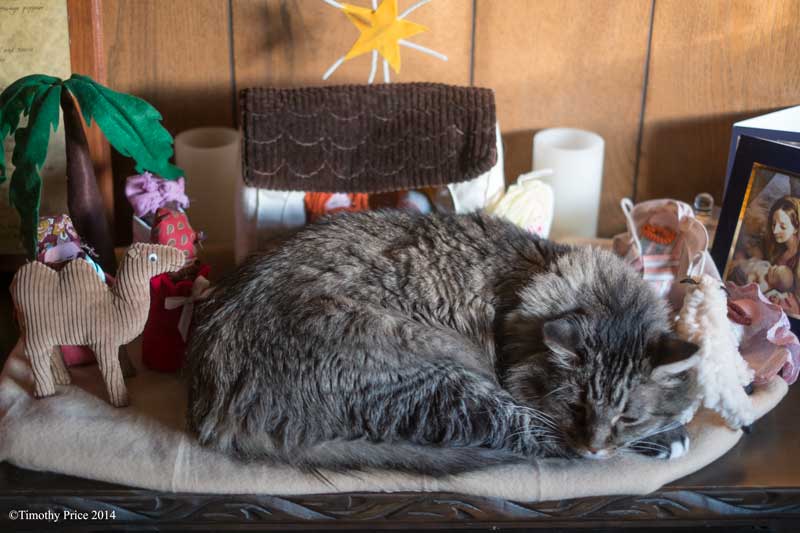 No crèche is safe when Romeo is catching a few rays.

I photographed all the animals Christmas Eve, trying to get them to have a “Merry Christmas” look about them. The birds and Spunk were more than willing participants, Diné was okay with it as long as she didn’t have to get off the heater vent under the bed, but Rosencrantz and Guldenstern took quite a bit of coaxing. Blue, the Boa, opted out because she is getting ready to shed — she has milky-blue eyes and she’s a bit cranky — it’s best to leave a 7 foot long boa constrictor alone when she doesn’t want to be photographed.

We went to the Ballet Repertory Theatre of New Mexico’s production of “The Nutcracker” last night in the historic Kimo Theater. Laurie wore her pink stripes and pleats with “Count of Monte Cristo” boots, white silk scarf, and her Harley Davidson leather jacket for the cold walk back to the car. 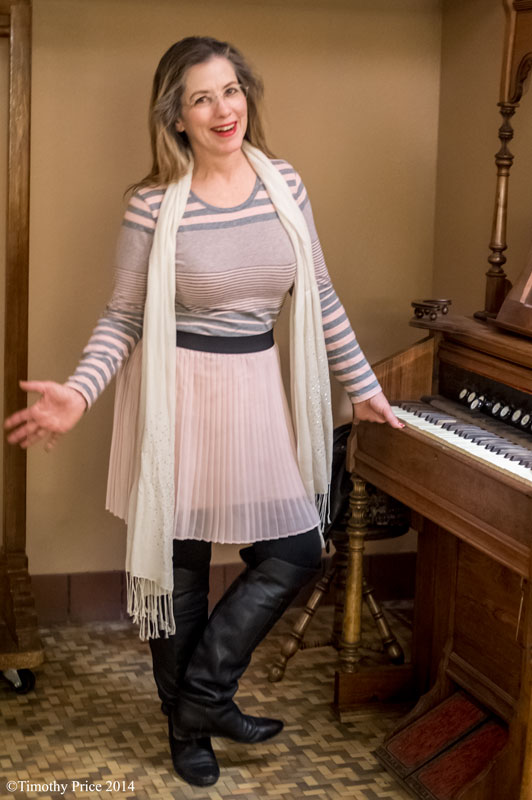 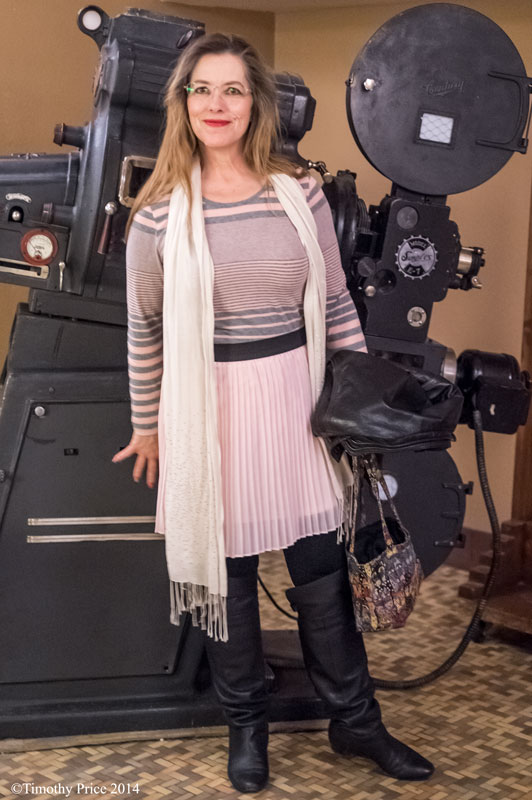 Spunk helped us un-bag Christmas stuff. He also decided to try his paw at kitty Haiku. 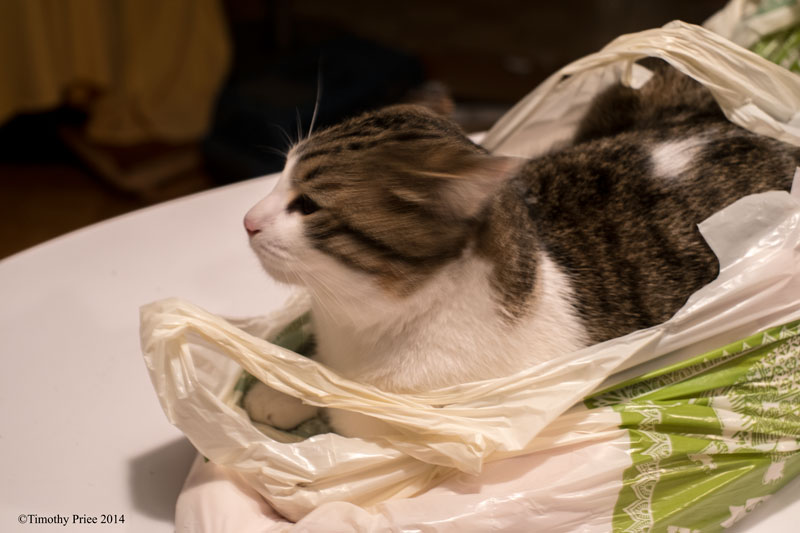 After dealing with hot water heater issues at Tristan’s house on Sunday, Solstice morning, we climbed the escarpment and photographed some of the lesser known petroglyphs in the Petroglyph National Monument.

Join 3,589 other followers
Follow Off Center & Not Even on WordPress.com