Traffic was terrible on Alameda tonight. It took us an hour and a half to get home after I picked up Laurie at UNM at 5:30.

I got spammed last week by one of our lighting suppliers who had a “lighting Roadshow” today. I called our rep last week to give him a hard time about getting multiple emails about the event. He insisted that I drop by and check out the lighting, so after I dropped Laurie off at UNM this morning I went by and checked out the lighting. There was a lot of really cool LED lighting. I talked to the vendors, picked up some catalogs, registered for the door prize and went to the office.

Just before 5:00 pm this afternoon my rep called and said “Dude, you won the door prize!”  I said “Nah, you’re pulling my leg,” — he can be a joker. He told me that I really won the door prize. “Hmmm!” I said. “What was it again?” “A 55″ Samsung LED TV and Blue Ray player.” he replied. “When can I deliver it?”  We finally decided it would be easiest for me to pick it up on my way into work tomorrow, but now I need to figure out where to put it. A 55″ screen is huge. We haven’t had a TV in nearly 30 years so I’m not sure how to deal with a giant TV. Oh well. I’m not going to complain, however.

While I was out surveying the garden tonight, I noticed a spider hanging out at the entrance to its web tunnel. While I photographed it, a fly landed on it’s web and in an instant the spider pounced on the fly, but the fly got away. The spider stood there disappointed long enough for me to get a few more photos before it ran back in its tunnel. 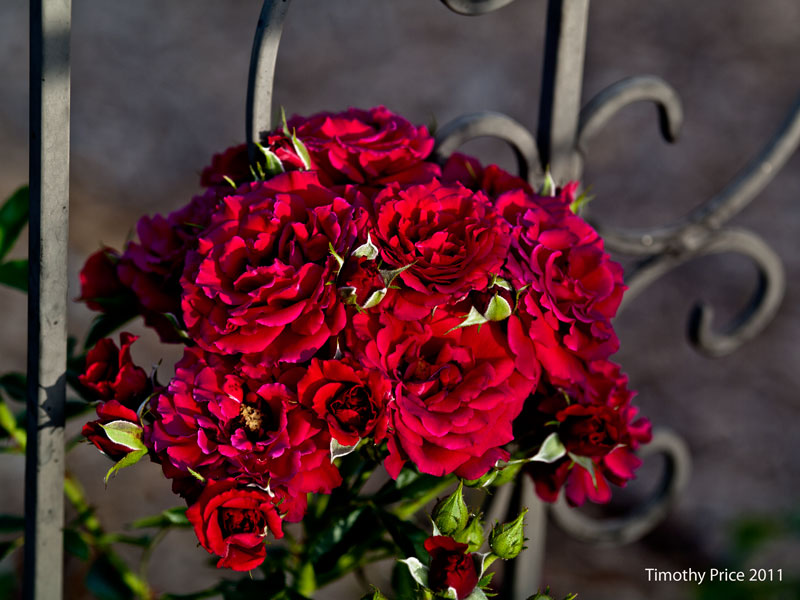