I got a video of a Coachwhip Snake (Masticophis flagellum testaceous) swimming in the irrigation ditch. I know a lot of people have trouble with snakes, but they are really quite beautiful. It’s not often I see a Coachwhip Snake taking a swim. After we got back from checking on the owls and walking in the bosque this morning, I wrote a song to go with the video appropriately named Coachwhip Snake. I recorded the song and put it all together in the above video this afternoon. Enjoy!

I was walking out to the bosque when I saw a large bird in the distance. I could not tell what it was backlit against the sky, but the white band on the tail was easy to see, which made me think it might be a Bald Eagle. However, when I enlarged to photos on the computer, I could see it was not a Bald Eagle. By the size, dark color and the two white bands on the tail, I thought it was a Harris’ Hawk with a snake. However, Susan Hunter pointed out it’s a Common Black Hawk. 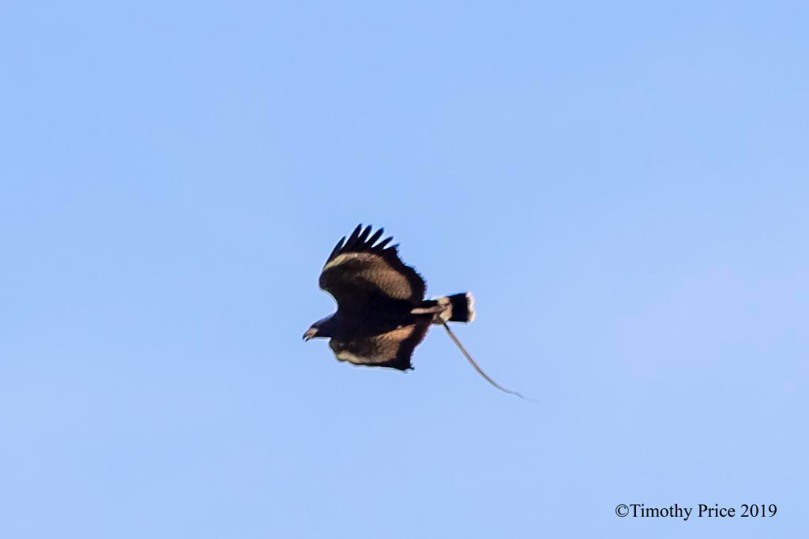 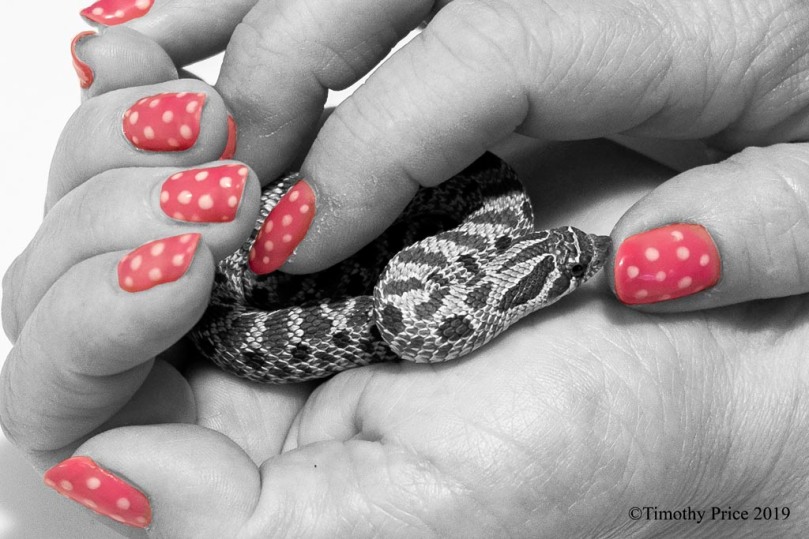 You can see more photos of the spider and a photo of the snake at  http://photos.tandlphotos.com/blog/2016/7/spider-snake

“Do you, by chance, have anymore rats?”  Blue was hunting, and giving me her “please feed me” looks while I was working on the darkroom. I just fed her last week, but it’s been warm, so she thinks she ready for a couple more rats. She’s not always the best model because when she’s out of her cage she won’t hold still — always looking for some trouble to get into — but she was really getting into some great poses between her begging, being pitiful and acting cute. Tristan came up with the title. 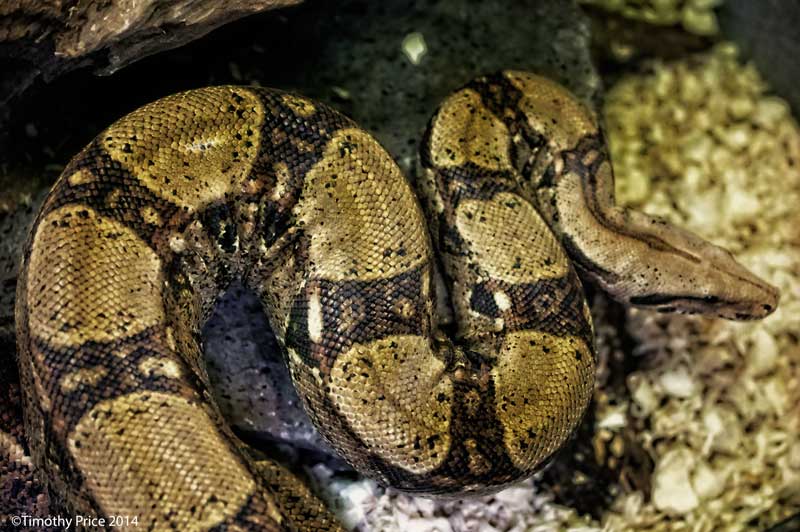 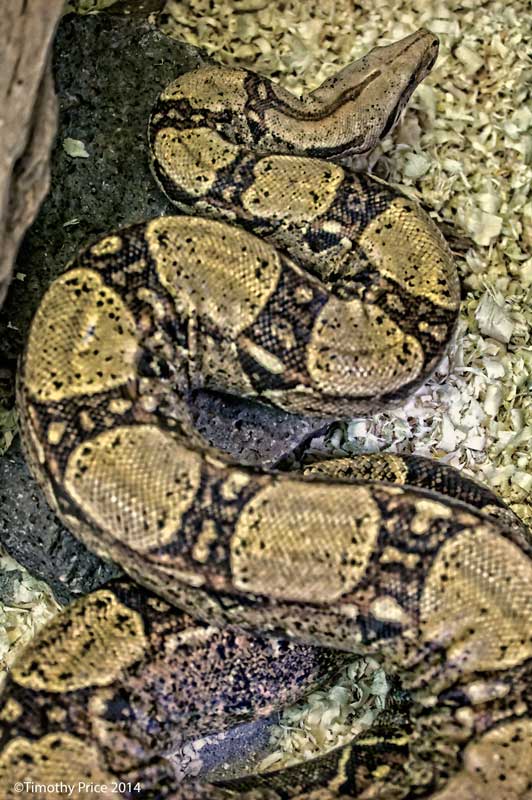 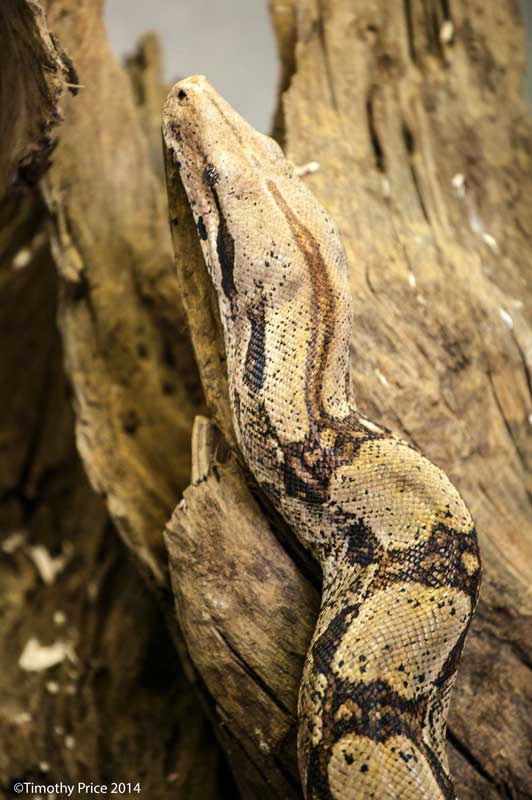 Before I started chemo in July 2010, I had to give up my boa constrictor and blood python, because my immune system would be destroyed by the treatments and since snakes carry salmonella, there was the chance of catching it from them.  Tristan and David took both snakes for me. They had been eyeing the boa for awhile, so this was their chance to get her, but the python had to be part of the deal.  Both snakes were quite large when they took them, but the boa has grown a lot over the past year and a half, so I ordered them a new, large cage. The cage came in last week, but I hadn’t seen the snakes in it until tonight.

I got the python, whom we named Red, in 2003, and the boa, whom we named Blue, a few months later. The python was 22″ long and very sick when I got her. We ended up force feeding her and I had to rent a nebulizer to administer antibiotics for a respiratory infection she had, because neither the injections or oral antibiotics were working (giving a snake shots and oral medications is quite difficult, besides).  I had to get a prescription for the nebulizer, and the medical supply place we rented it from didn’t quite know how to handle renting a nebulizer that wasn’t paid for by insurance. The people I dealt with ended up having a great laugh and a nice change to their normal routine to fill a prescription for a snake. They gave us great service and even delivered the nebulizer and picked up when we were done with it. The nebulizer was much easier to use than giving Red shots and oral meds. I cut a hole in the top of a plastic sweater box, put Red in the box, and inserted the nebulizer’s tube into the hole in the box. Red had no choice but to inhale the vaporized antibiotics for 30 minutes every day. The tube feeding and nebulizing worked and Red is now over 7 feet long and weights about 50 pounds.

Blue was a newborn about 10″ long when we got her. She’s now 9 feet long and weighs 15 to 20 pounds, I would guess. She still isn’t really sure about the new cage. I had to put her on the wood for the photo. She didn’t stay on it long as she wanted to get back in her hide box.

The lead photo is of Ghost, one of Tristan’s two ball pythons. Both ball pythons are beautiful, but Ghost chose to pose for me, while the other one crawled into a hiding spot. 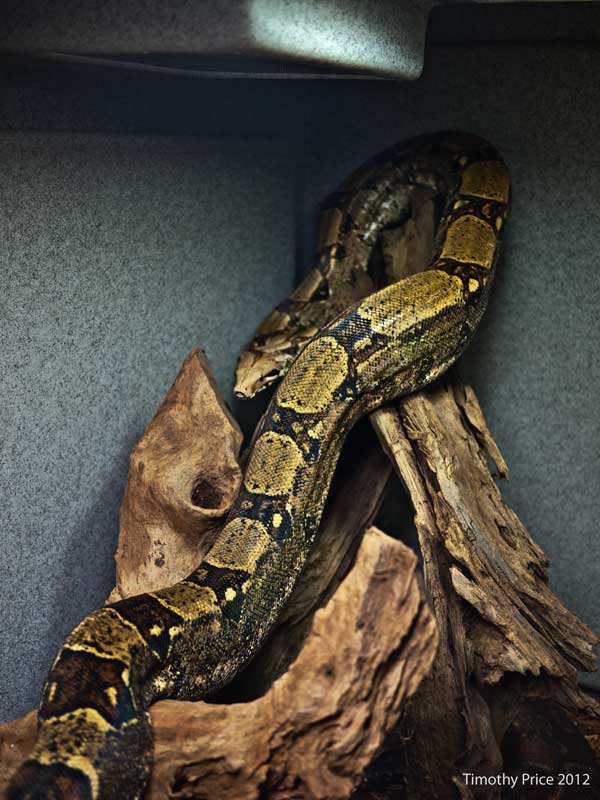