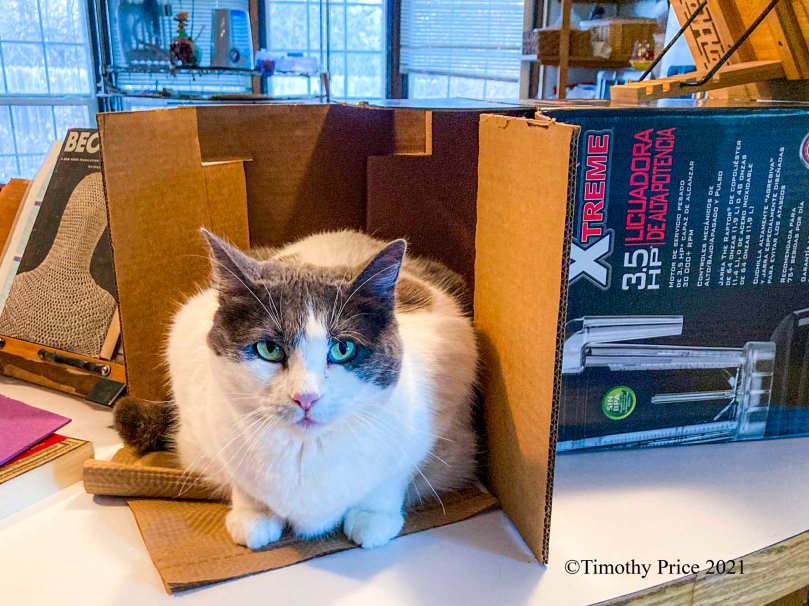 Sasha blocking the Xtreme blender box with Beowulf for backup

Whenever we place a box on the counter, all the cats go crazy over it, especially Sasha and Spunk. Many years ago, we were burning out run-of-the-mill blenders every two weeks making smoothies, frozen margaritas, soups, and whatever else would blend. Eleven years ago I broke down and bought an industrial 3.0 HP blender. We finally wore that one out, with a little help from the ghosts who would turn it on and off at 3:00 am. The ghosts were probably ROTFLTAO watching the two of us muddling around in the middle of the night trying to figure out where the jet engine sound was coming from. I had to start unplugging the blender at night. I replaced the 3.0 HP blender with a 3.5 HP Xtreme industrial blender.

Laurie was using the Xtreme blender box to scan Beowulf in the original Old English with her iPad. She scans Latin and Old English texts and then writes on the scanned text on her iPad while she’s translating it. 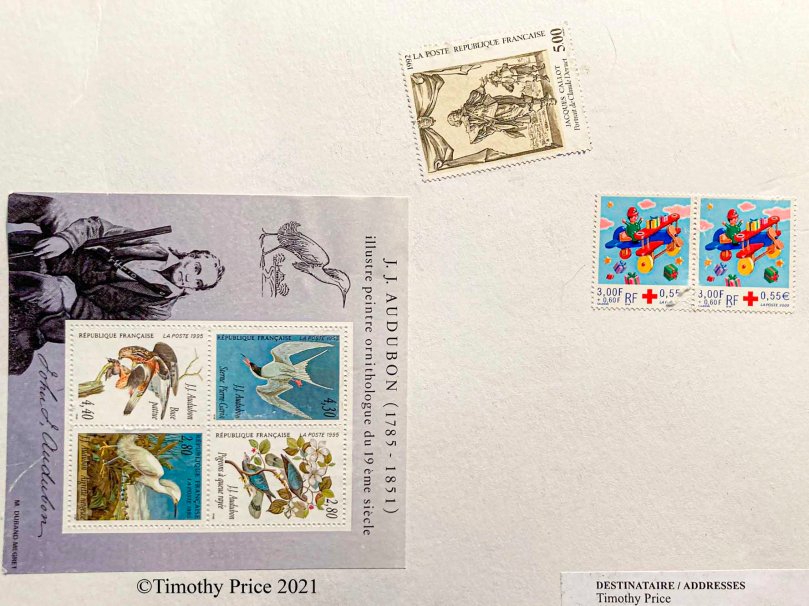 Intermission: I received a package from France. It’s a book of French comics. 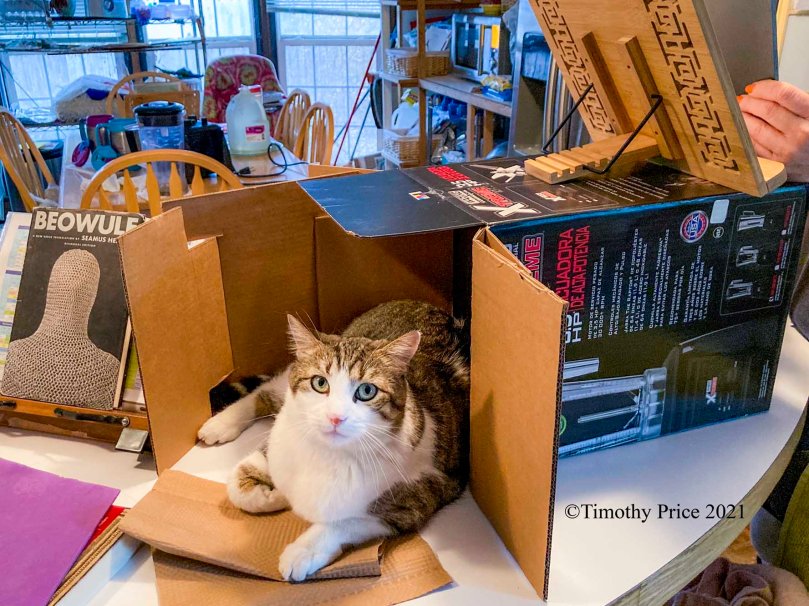 Spunk says Sasha may look like a tough Xtreme box blocker, but, as you can see, she is no longer blocking the box. I think Spunk is better at channeling his inner Beowulf. The old worn-out blender is on the table in the background.