After spending five hours dismantling desks, tables, and chairs and moving them to our new office building, I went on a walk to check on Nora Owl. On the way, I saw sparrows, a muskrat, an echelon of cranes, a cinnamon duck. No owlets popped their heads, up and Nora Owl gave me “mad dogs” when I called to see if any owlets were around. One good sign that the owlets might have hatched is Osric Owl was watching over Nora Owl from a nearby cottonwood. On the way back I saw a Flicker, a squadron of crazy Cormorants, a bluebird of some type, and another sparrow feeding on buds in Marina’s pear tree. The clouds were beautiful in the low sunlight about 30 minutes before sunset.

Muskrat nibbling on grass near its den.

Muskrat swimming with its mouth full of grass.

Osric Owl on his lookout branch. 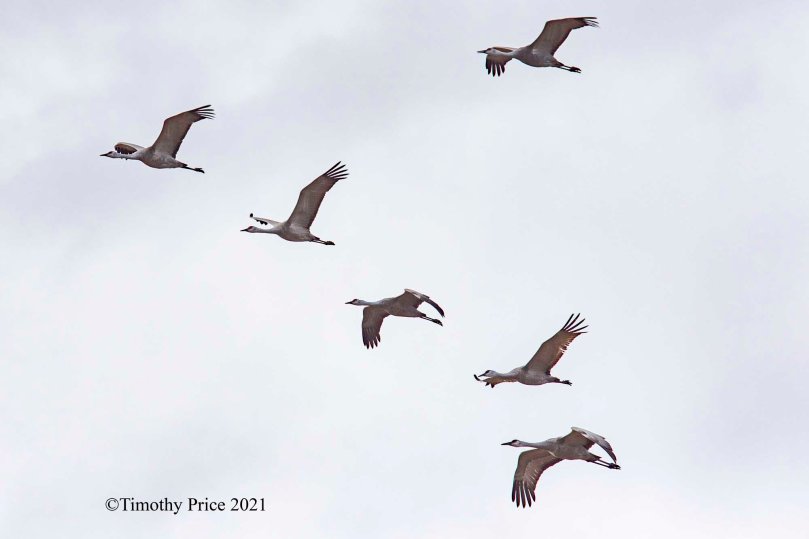 Intermission: My desk we moved from the office downtown to the new office. I build the desk in 1990. That is a light table on the left-hand side I used for sorting slides and transparencies before digital cameras. The desk on the floor is Dede’s desk that she designed and I built for her in 2007, I believe. it will go in the corner to the right of my desk. I will build Bruce’s desk in the corner to the left of my desk. 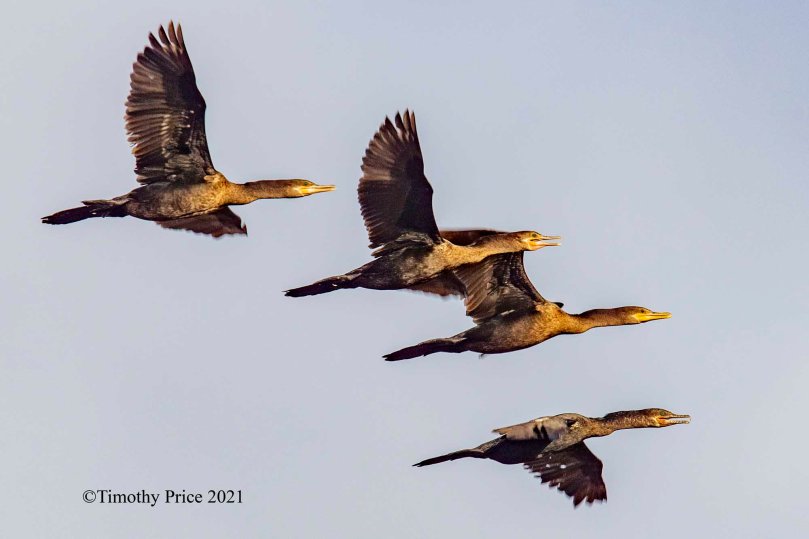 A squadron of crazy Cormorants.

Clouds over the Sandias.