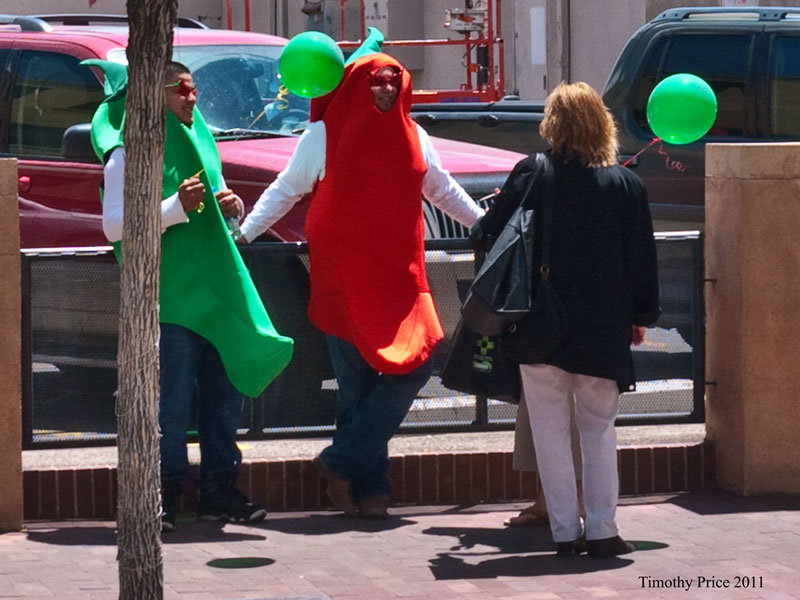 Bueno Foods celebrated their 60th year in business today on the 4th Street Mall in Downtown. They had a mariachi group playing and gave away Bueno bags with green chile, tortillas and coupons.

The news was there and someone scheduled a conga line flash mob with a couple dressed as red and green chiles leading it. I didn’t stick around for the flash mob, but got a photo of the chilies waiting to go into flash mob action. Actually, the ice cream vendor was more interesting than the chiles.

I’m irrigating tonight and was looking forward to being done before 10:00; however, the water was coming in pretty slowly, so I might be up tending to it a little later tonight.

The temperature has dropped considerably since I got home. It’s cloudy and windy, but doesn’t seem like it’s going to rain. We could sure use rain.

The kitties are happy tonight. Laurie’s been home for two days in a row, so they have been able to go out and in during that time.

Now that we are getting a few roses and can put roses in Stretch’s water bowl, he seems to be drinking more. That is great since he has kidney problems. 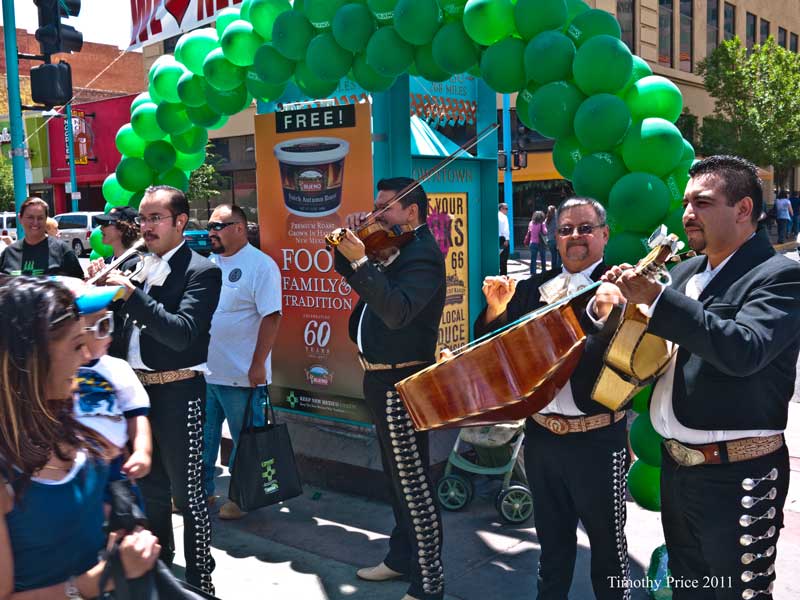