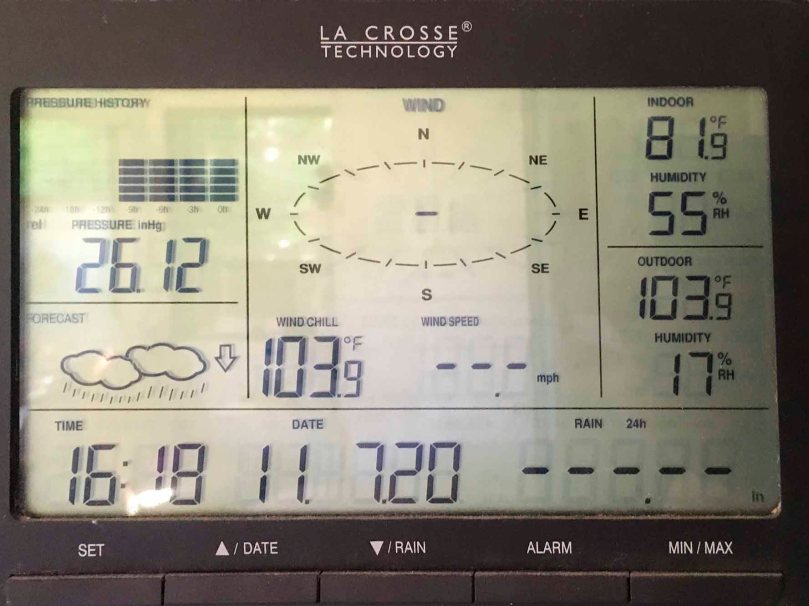 The forecast for Corrales was for 105º F (40.6º C). Our thermometer, which was in the shade at 16:18, showed 103.9º F (39.95ºF). The weather app on my phone showed 106º F (41.1º C) at 16:24. The air was dry at 17% humidity outside. It was hot and dry enough that the water feed into our evaporative air-conditioner could not keep up with the evaporation rate. The water level would fall below the pump’s inlet, so it could not pump water up to the pads until the water filled the base back up enough for the pump to suck up water and send it to the pads, where the water would evaporate quickly, and the water level would fall below the pump’s inlet again. If the water wouldn’t have been evaporating faster than the water filling the base of the cooler, the temperature in the house would have been 5 to 10 degrees cooler. 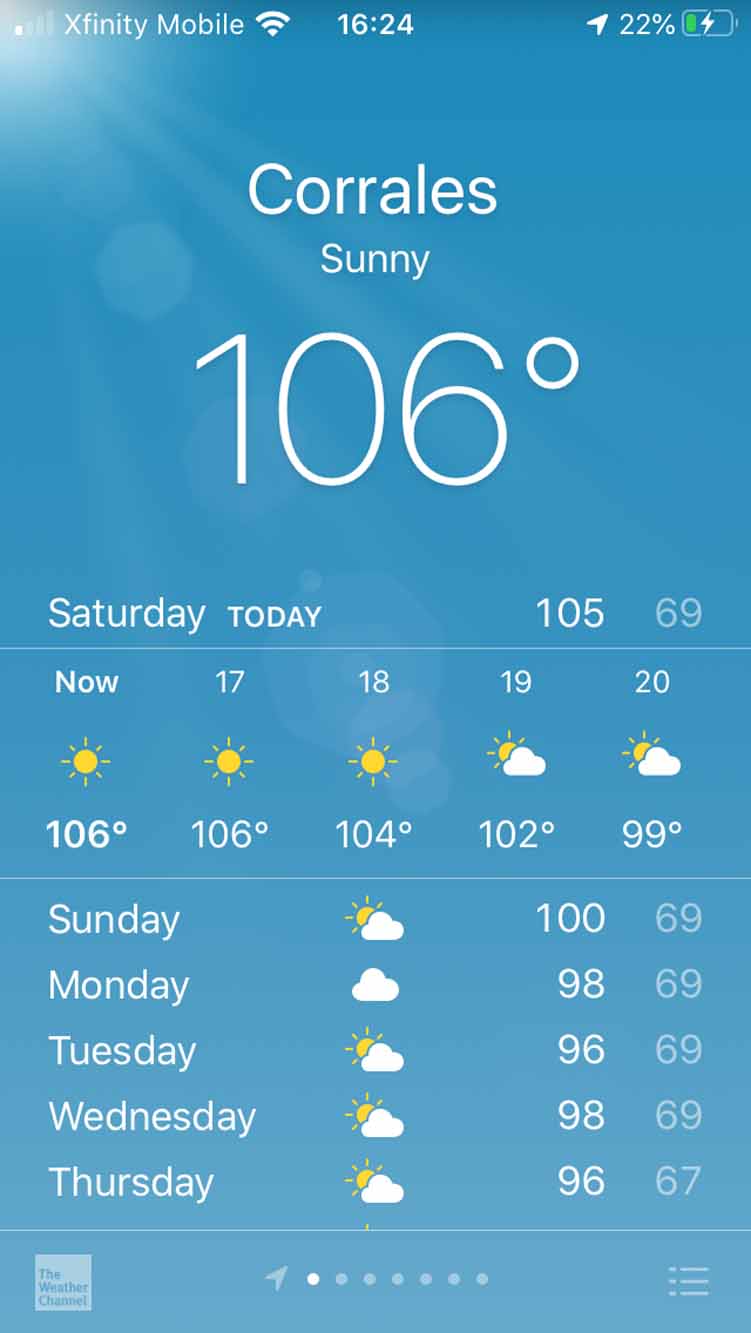 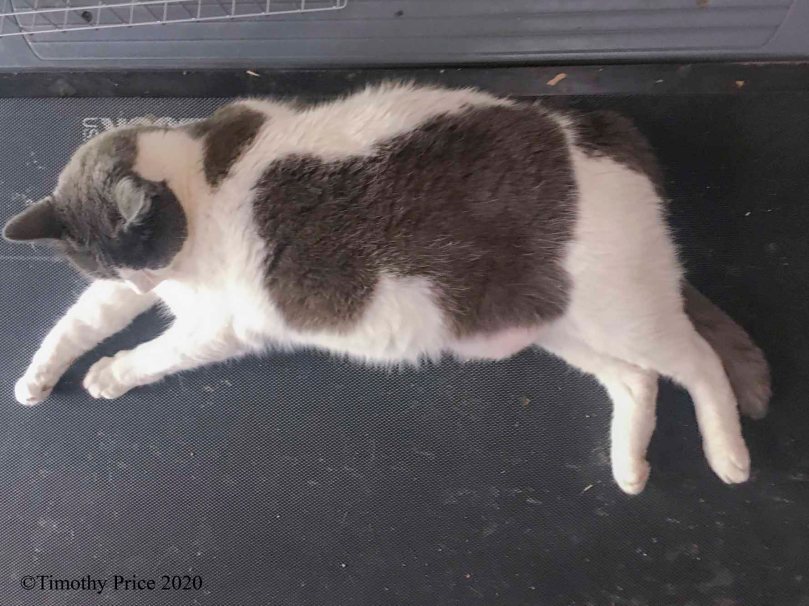 Sasha cooling off on the base of the treadmill. 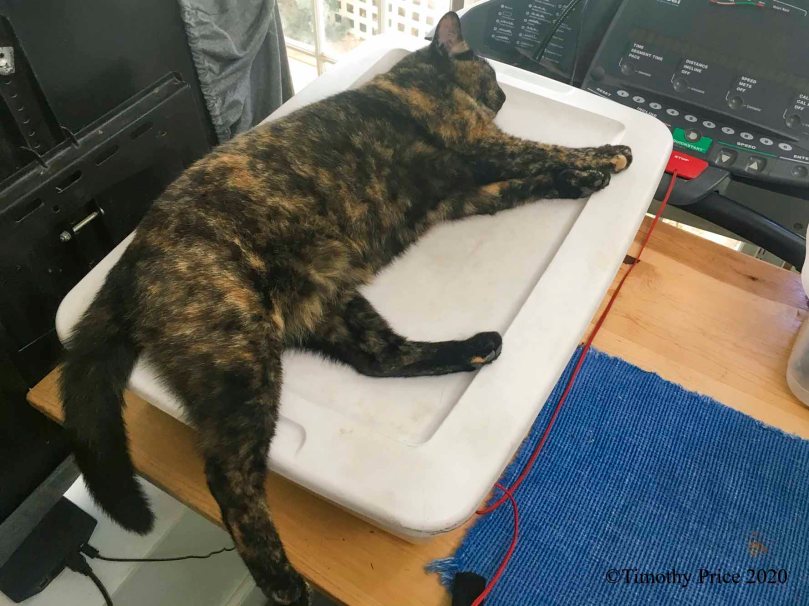 Marble stretched on the box on the table on the treadmill. 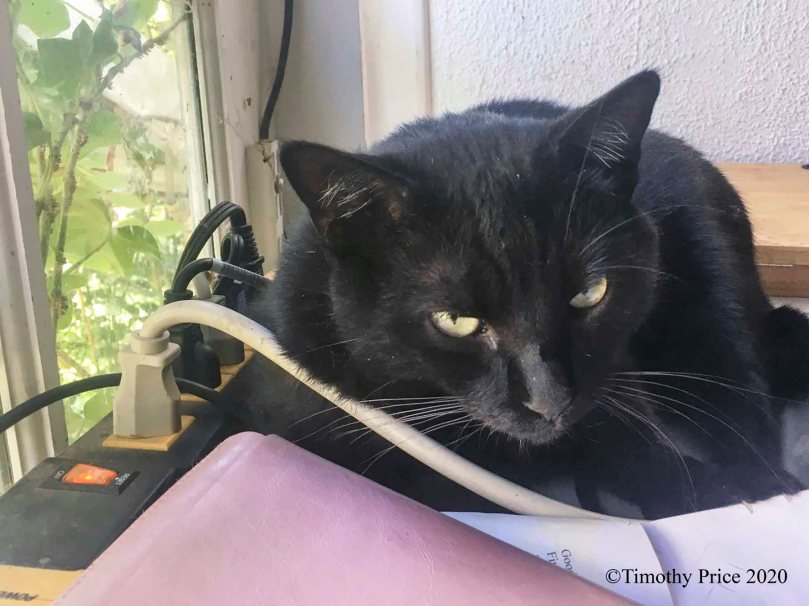 Loki giving me that “You’re bothering me boy!” look on the self in front of the treadmill. 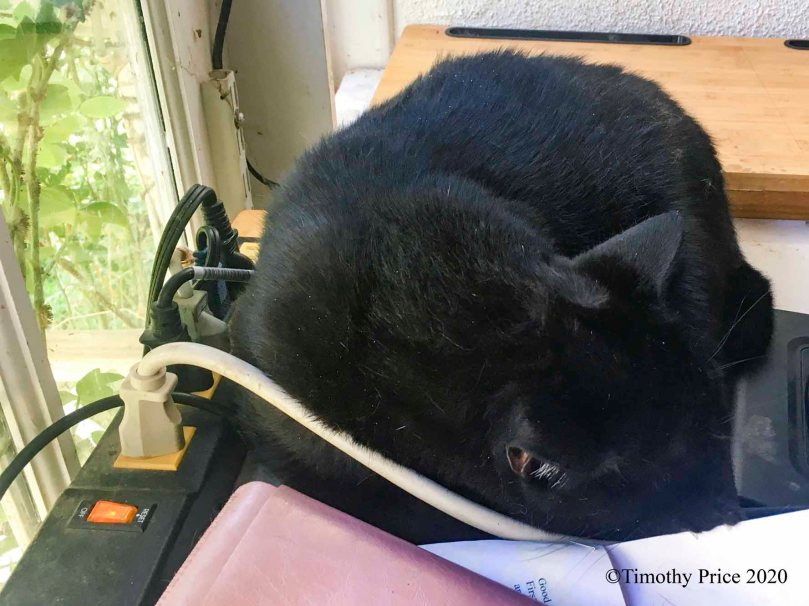 Loki ignoring the paparazzo to concentrate on an electrifyingly cool nap. 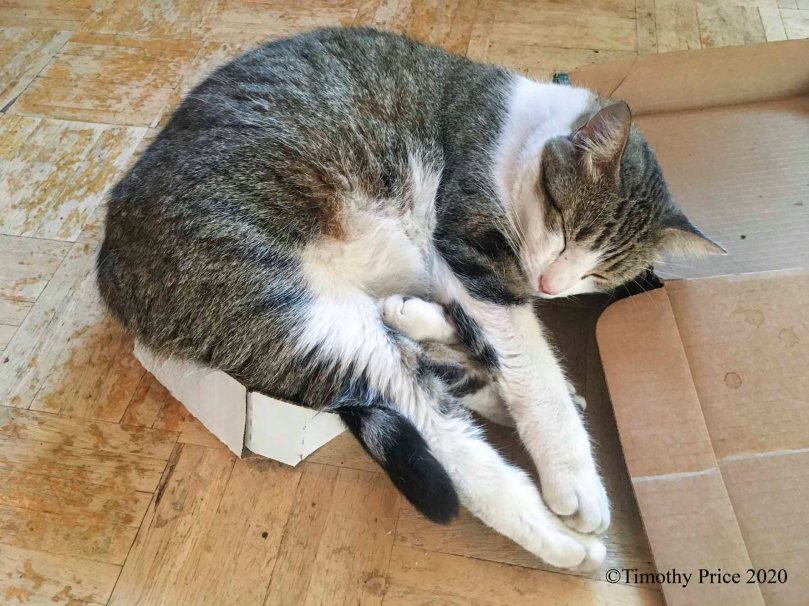 Spunk discovered that lying in a small box in front of the cooler increased the airflow. 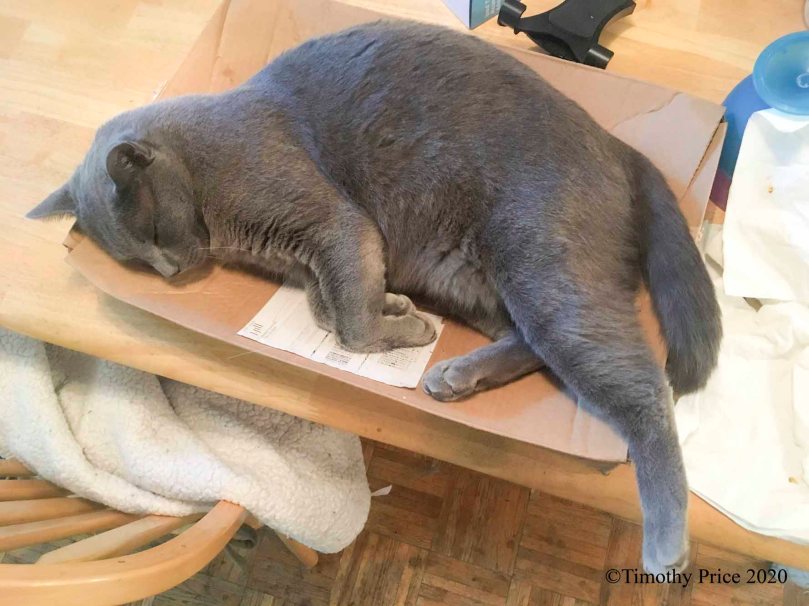 Silver in his favorite box on the table.