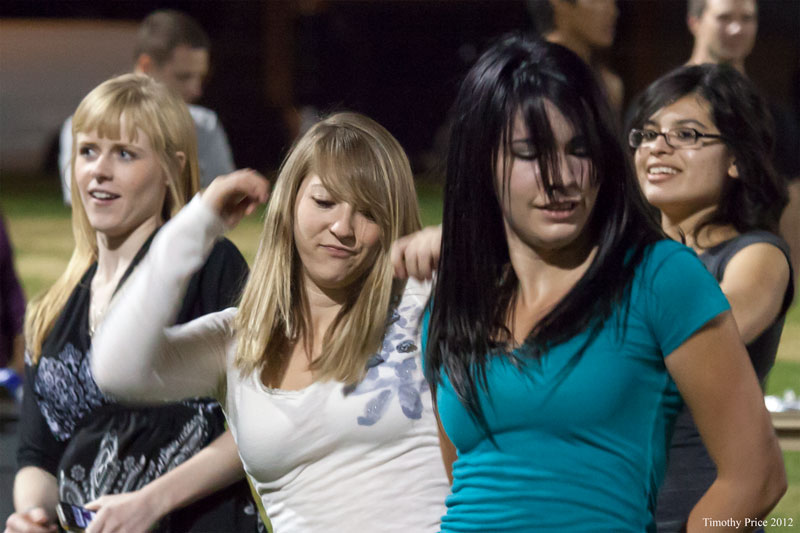 I got a new Canon 70-200 mm ƒ/4 lens today, and had to try it out in different conditions to see how it performs. So far the results are pretty impressive.  While Laurie as at choir practice, I walked over the UNM to try out some night shots. I heard loud music playing and followed it out to Johnson field where a DJ was playing pop music and students were dancing. The young woman in the blue/green top was a superb dancer and really put herself into it. The umbrellas were at UNM tonight as well. During lunch I walked around downtown and got the rest of the photos in today’s post. The last photo of the “Anasazi” building that was never finished on the corner of 6th and Central is a collage made up of nine photos stitched together. Here is an interesting article by a couple guys who broke into the Anasazi building http://alibi.com/feature/42225/Crimes-of-the-Anasazi.html. So for the first photos with the new lens I have streets scenes in shadow and contrasty light, and a collage shot at ISO 100, then night shots and action photos on a lighted field shot at ISO 3200.  I would say the new lens is very flexible. 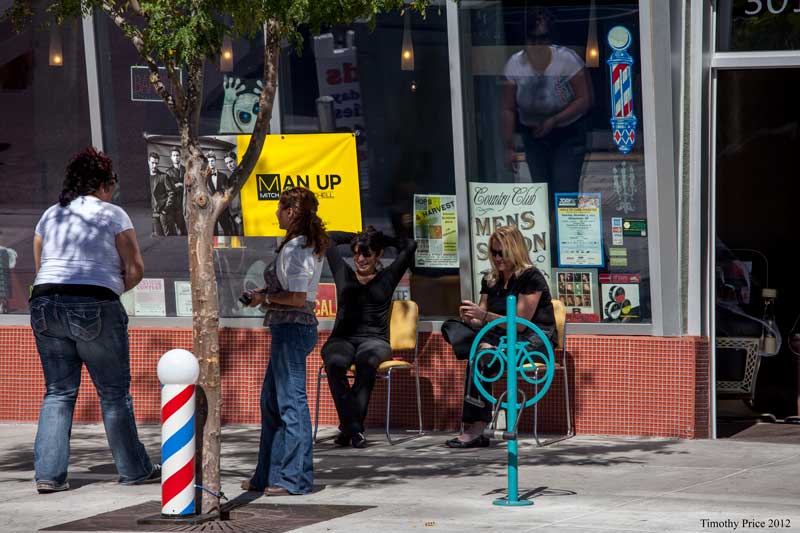 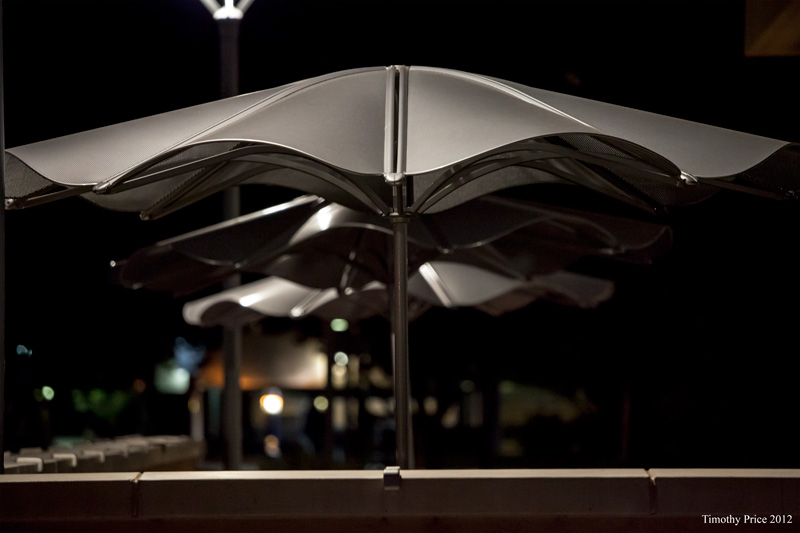