June 6, 2011: We did the Corrales Garden Tour today. Six gardens were on the tour: three residential/commercial, three solely residential. What was most interesting for me is that all six had some type of water feature, from water gurgling over stones to large ponds with water lilies, gold fish, bull frogs, turtles and koi. So tonight’s theme is life in the ponds in part 1 of the Corrales Garden Tour.

The large ponds with critters were most interesting. The first garden we visited had two large green houses and a large pond as part of their garden. The owners were wholesalers of a variety of plants. Their pond had gold fish, turtles and bull frogs along with various aquatic plants. I discovered they had the bull frogs after a butterfly landed on a plant and a large critter jumped out of the foliage to get it. That critter was a large bull frog, who proudly floated for awhile after having his butterfly breakfast, which allowed me to photograph him. One of the turtles floated along the surface for a few minutes, then it would dive to the bottom of the pond.

We’re sitting out on the deck listening to Luis Miguel in concert at the Sandia Casino Amphitheater. Dolly Parton will be there on July 20th. She’s sold out, but we will no doubt be able to hear her loud and clear. Santana is scheduled in September. He’s sold out, as well. 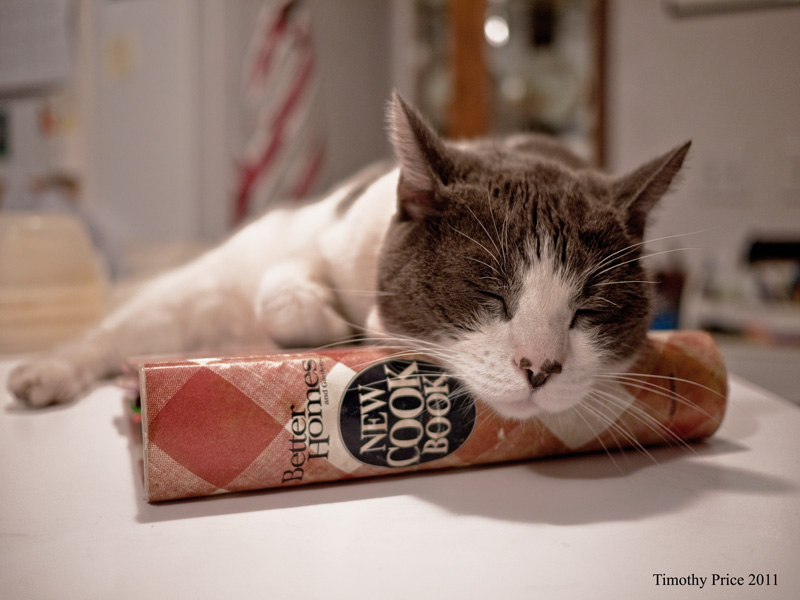 My regular post for June 5, 2015 has photos of hummingbirds. You can see it at http://photos.tandlphotos.com/blog/2015/6/hummingbirds. This post was from June 5, 2011.  Stretch, lying on the cookbook, died of renal failure in 2013. We had treated him for renal failure since 2008, so he had a good life given his condition. Mama Manx, in the 4th photo, was Stretch’s mother. She died early this year from a bout of kitty flu. We had treated her for various issues for several years as well.

June 5, 2011: I  squeezed a cup of lime juice, and poured it into the blender with a cup of tequila and a cup of sugar to make frozen margaritas. I plugged in the blender and foosh, half the mixture was all over the kitchen and me. The blender had been turned on before I plugged it in, and I hadn’t noticed the switch was on, because it’s never “on” unless you turn it “on”. This is a big, 3.5 HP, industrial blender that sounds like a 747 when you turn it on, so it’s not one anyone would simply “unplug” to turn it off. It has two switches: one for the two speeds and the other for pulse. The switches are well designed so that they are not easy to “accidentally” turn on, so we’re thinking it was the cats or the ghosts that turned in on while it was unplugged. The margaritas turned out well despite coating the kitchen and myself with half the base before I got the ice in it.

After discussing the possibility of the ghosts turning it on, we turned on Coast to Coast AM and they were playing an old Art Bell show with two EVP specialists for his guests. The had recordings of ghosts that were pretty clear and understandable. Real or not, they were pretty eerie to listen to.

Laurie thinks I’m getting too good at making messes in the kitchen. Last week I experimented with using a side scraping beater in the Kitchen Aid to whip cream. All it did was get cream all over the kitchen. So I switched to the whisk beater, which does a really great job whipping cream, except it leaves un-whipped cream since it doesn’t touch the sides or bottom of the bowl.

Stretch was holding down the cookbook for use tonight. He figured if the ghosts were being ornery they might try to take off with the cookbook.  I found a tiny grasshopper on a dandelion this morning, and Carefree Spirit, a shrub rose, is putting out some nice blooms. Mama Manx was lying on the table, peeking through the leaves. Finally, we have a bloom on Berries & Cream that is “not even”, giving it an interesting shape.

A brown dragon fly landed high on rose cane early this morning, and let me get fairly close to it from both sides. Normally I can’t get near dragon flies, but maybe the smoke makes them lethargic like it does honey bees — we used to use smokers to sedate honey bees when we would remove the full honeycombs and replace them with new ones. While I’m only speculating on the dragonfly, the smoke is definitely making me lethargic.

America continues to turn out beautiful roses, I found a new hopper on Ballerina, and the wasps were out this afternoon. 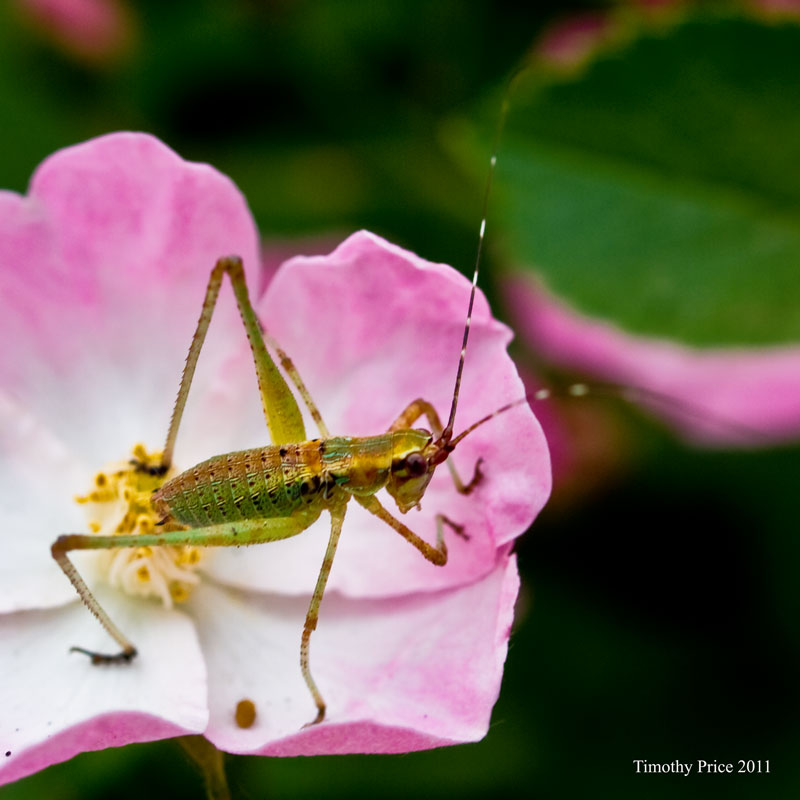 May 28th: Another one bites… — http://photos.tandlphotos.com/blog/2015/5/another-one-biting-in-the-dust

May 18th: Flying with the Cars — http://photos.tandlphotos.com/blog/2015/5/flying-with-the-cars

May 21st: A silly selfie and construction — http://photos.tandlphotos.com/blog/2015/5/selfie-shadow

May 22nd: Drivers on the Storm — http://photos.tandlphotos.com/blog/2015/5/drivers-on-the-storm

May 23rd: Dark kitties in the catnip — http://photos.tandlphotos.com/blog/2015/5/through-the-catnip-brightly

May 15th: More cats and other annoying things — http://photos.tandlphotos.com/blog/2015/5/kitties-cookies-moths

The animals I saw at Ranchos de las Golondrinas were alpaca, horses, shetland ponies (not pictured), burros, sheep and donkeys. The burro was hitched up to a mill they used to squeeze the juice out of sorghum cane to make molasses. Throughout its history villagers would have also raised pigs, chickens, cows and goats at Las Golondrinas. 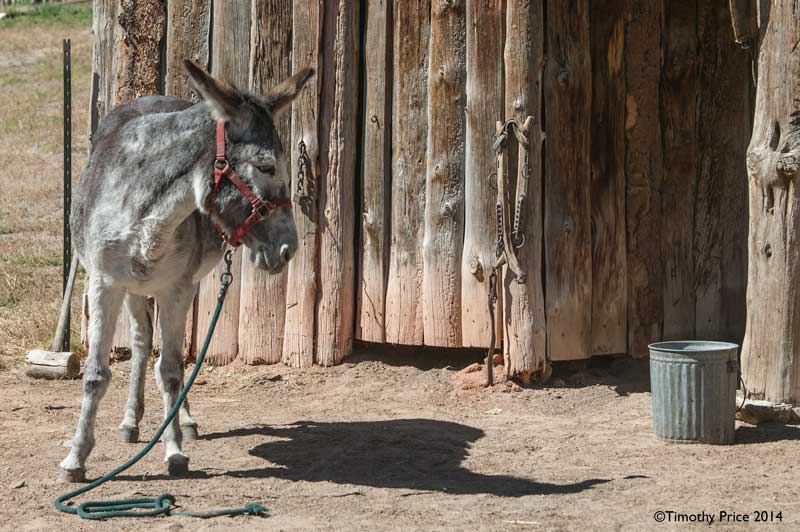 I was taking a shower, when I suddenly felt something grabbing my leg through the shower curtain. I had thoughts of Alfred Hitchcock’s movie “Psycho” when a psycho kitty suddenly burst into the shower.

But the bigger question is, why did I have a camera in the shower? Well, let me tell you, there are certain things you always need to have in the shower or bath with you — you never know when you will have to shoot — https://www.youtube.com/watch?v=dvSZ_HQmZgQ!