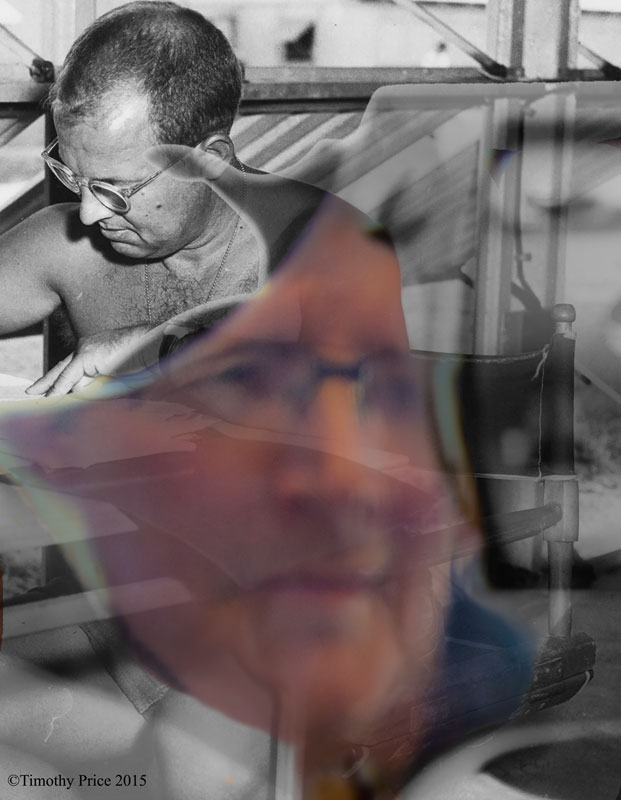 This is a photo collage I put together with a photo of my dad working in a quonset hut on the Pacific island of Elugelab in the Enewetak atoll in October 1952 while working on the first hydrogen bomb detonated on Elugelab island on November 1, 1952. The foreground is a reflection of me in a nickel plated revolver with an apparition of the revolver surrounding my face.  My dad also worked on Operation Teapot and Operation Redwing, both hydrogen bomb tests in Nevada, in 1955 and 1956. In both of those hydrogen bomb tests he was caught in the fallout from the explosions and was radioactive for quite some time after each of the blasts. I was born in 1958, and I have often wondered how much my cancer might have been influenced by my dad’s exposure to radiation from those tests.

The title of the post is a part of a quote from the 1991 arcade game “Zero Wing”. You can learn more about the game and later video from my post “Somebody Set Up Us The Bomb” from January 21, 2014.