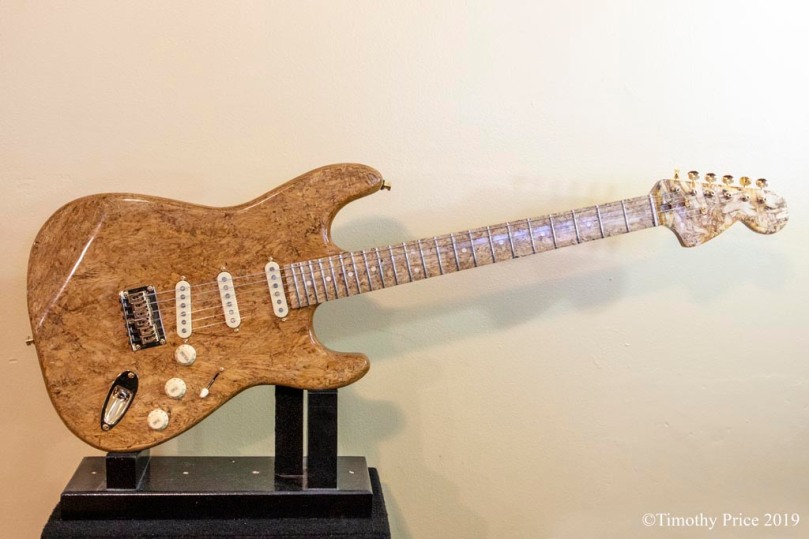 Oriented strand board (OSB) is made using heat-cured adhesives to press together irregular shaped wood strands, oriented in crisscrossed layers into sheets of engineered boards. While OSB is used heavily in building construction as an alternative to plywood, it works well for most woodworking projects that require sheets of wood.  OSB is not as pretty as plywood (plywood is made from sheets of veneer glued and hot pressed together in cross laminated layers), however, OSB has the advantage of being very consistent with little or no gaps or voids in the finished sheets of engineered wood (plywood often has gaps, voids and soft spots).

Not many people would consider OSB a suitable material for a guitar; however, Jimmy Smith of the StratAcademy thought otherwise. Jimmy built a Stratocaster style electric guitar that is 100% OSB except for the hardware, e.g., tension rod in the neck (used to adjust the neck), frets, bridge, nut, string guides, machine heads, pickups, volume and tone controls, switch, jack, strap buttons, and strings. Jimmy’s OSB Strat is beautiful and it sounds great.

Jimmy said that he’s not the first luthier to build a guitar using OSB, but in videos he had seen of OSB guitars, the builders did not play them, so he had no idea of how they sounded or played. Since Jimmy didn’t want people having to ask “Well? What does it sound like? How does it play?”, he made a video of himself playing his OSB Strat; therefore, not only do you get to see my photos of it, you can watch the video to hear how it sounds and see how it plays. 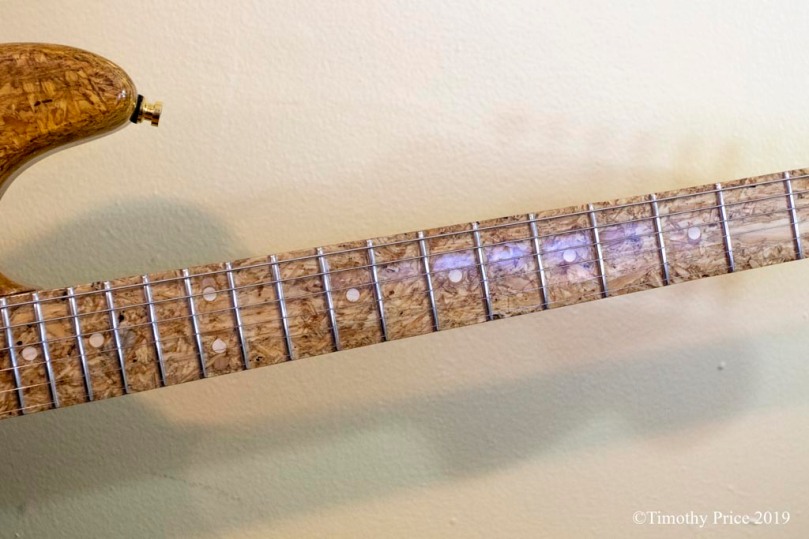 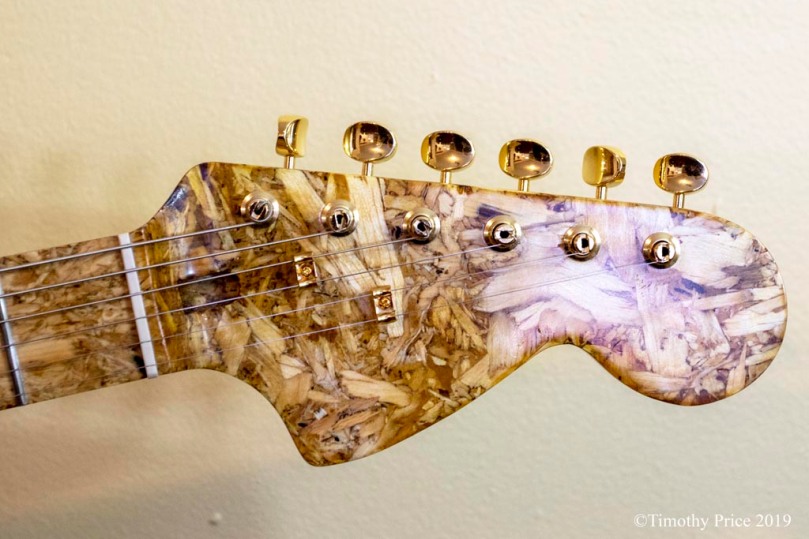 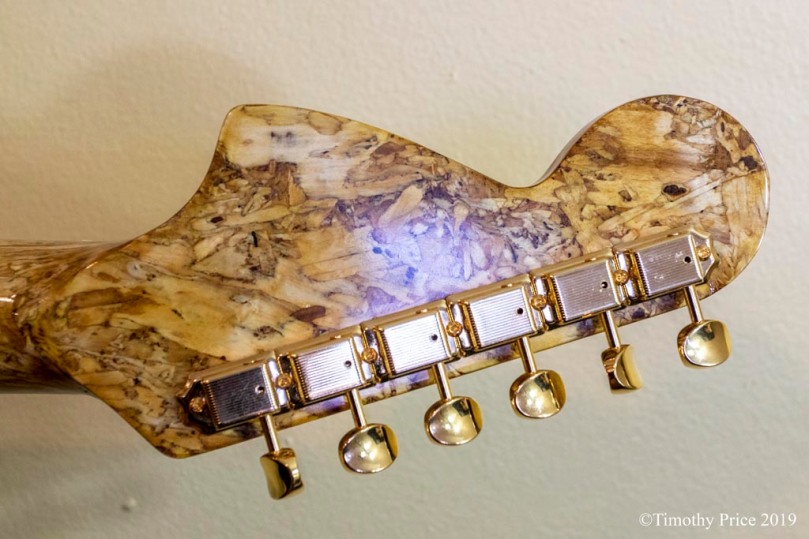 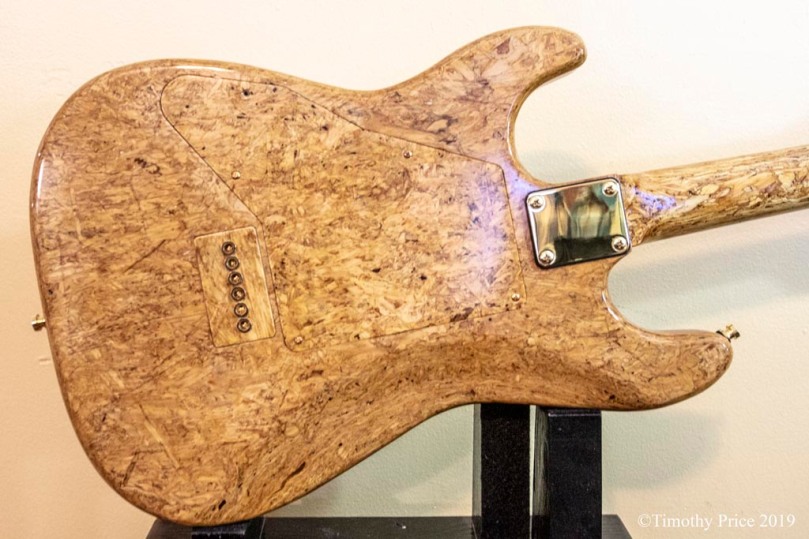 Join 3,534 other followers
Follow Off Center & Not Even on WordPress.com